The Greensboro Massacre at 40: Lessons for Movement Building 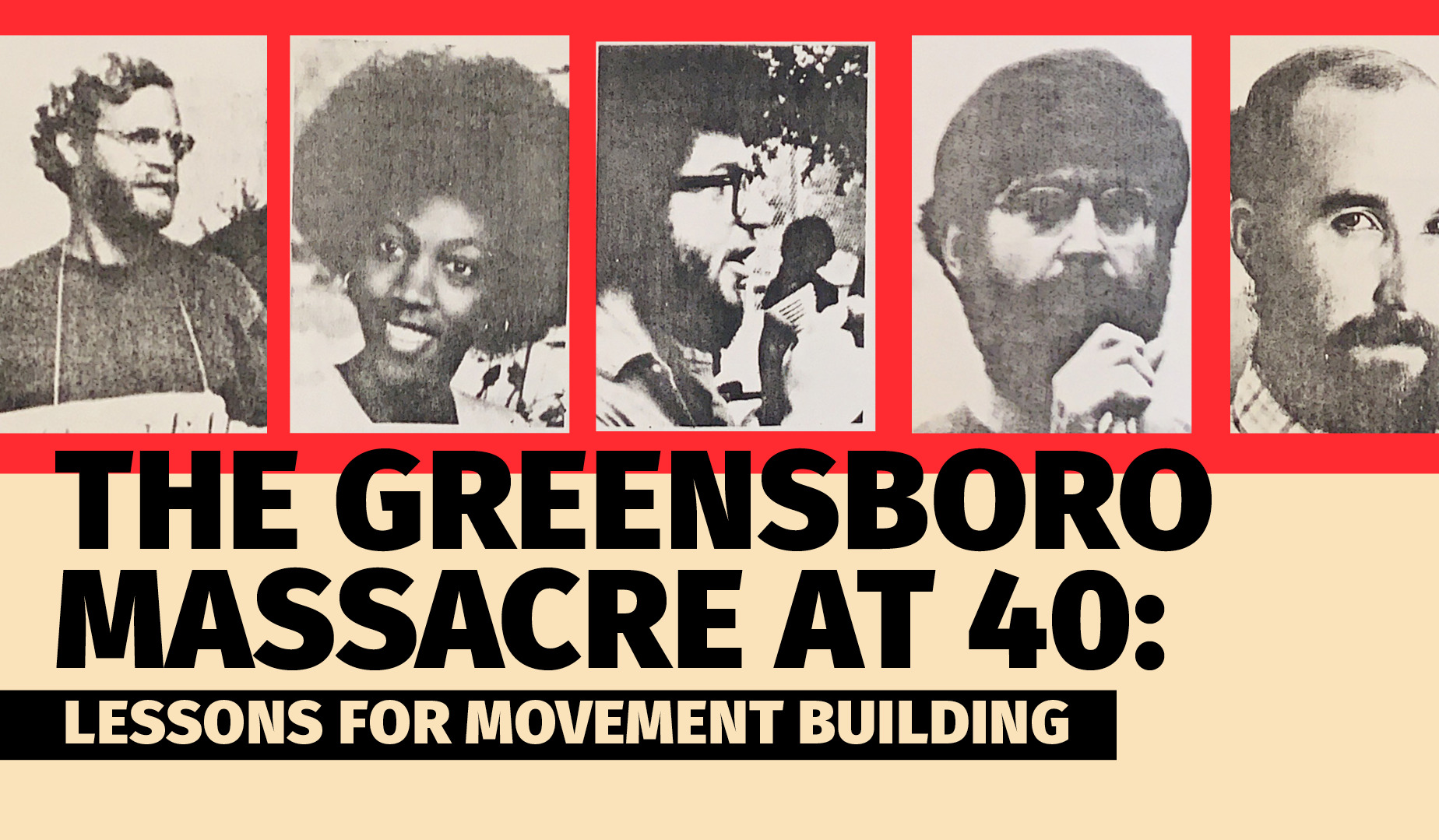 With endless mass shootings and emboldened demonstrations by white nationalists, our current moment seems to defy explanation. But 40 years ago, one of the bloodiest public incidents of racist violence occurred in broad daylight in Greensboro, North Carolina. On November 3, 1979, local police aided the Ku Klux Klan and American Nazi Party in the brutal murder of five organizers. The victims were all members of the Communist Workers Party (CWP), a multiracial organization that fought against racism and for worker’s rights. The “Greensboro Massacre” had a chilling effect on radical anti-racist and labor organizing regionally and nationally. Not a single Klansmen or Nazi was ever convicted for the murders, but a civil trial did find the Greensboro Police Department liable for their assistance. Organizers reinvested the awarded funds into struggles for racial and economic justice in the U.S. south; struggles that have only become more critical over time.

Join survivors of the Greensboro Massacre Rev. Nelson Johnson, Joyce Johnson, and Paul Bermanzohn as they reflect on the forty-year anniversary and make sense of the current confrontations with fascism and white nationalism. The conversation will be moderated by Roz Pelles.

Dr. Paul Bermanzohn is a psychiatry specialist in Poughkeepsie, New York and has been practicing for 35 years.

Joyce Johnson is the Director of the Jubilee Institute, a community-based leadership development and training entity, and Co-Executive Director of the Beloved Community Center of Greensboro.

Nelson Johnson is Pastor of Faith Community Church and Executive Director of The Beloved Community Center of Greensboro.

Roz Pelles is the Vice President of Repairers of the Breach, and Senior Strategic Advisor to the Poor People’s Campaign: A National Call for a Moral Revival.