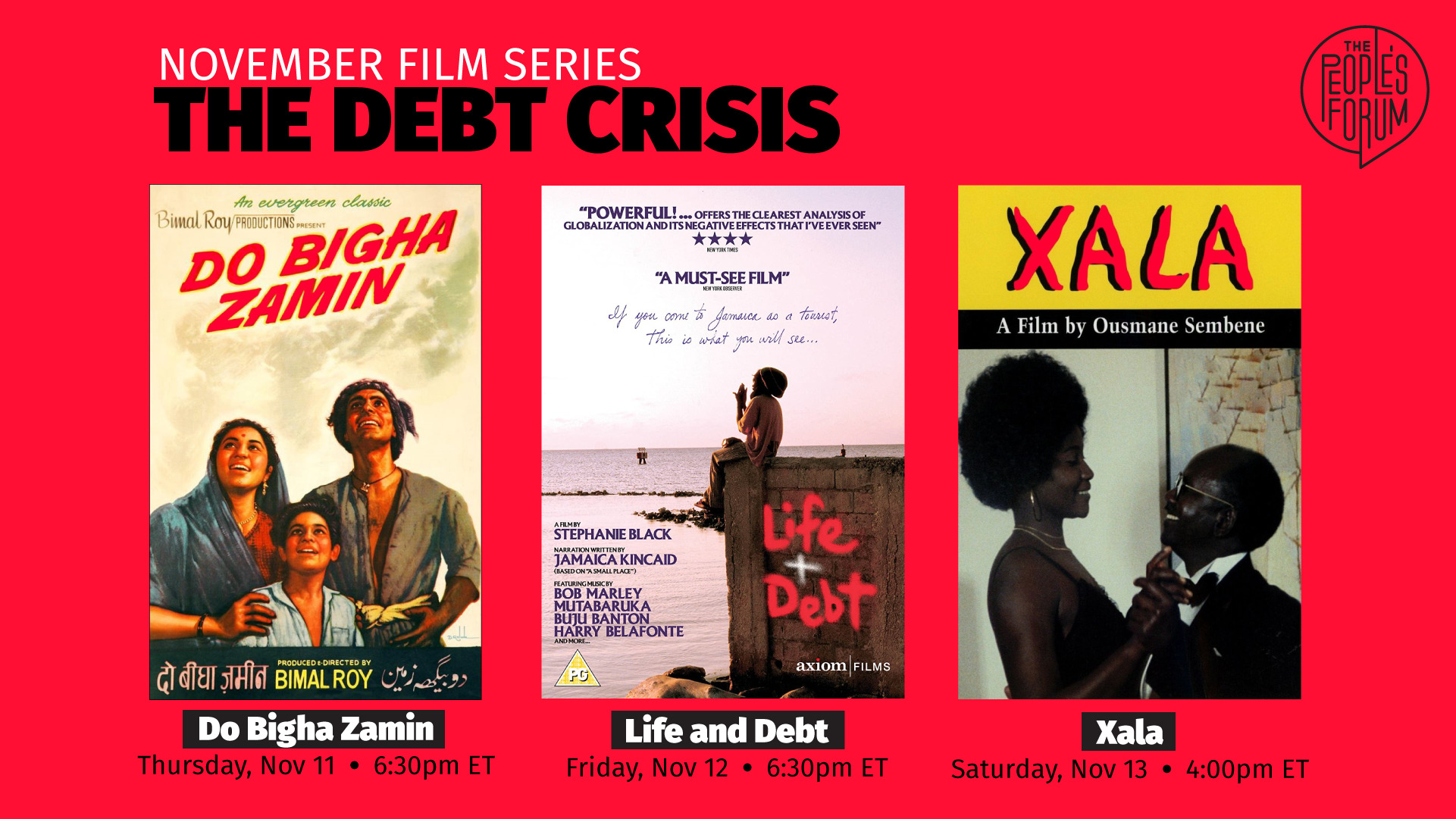 Join us in November, in-person at The People’s Forum, for a film screening series on the crisis of debt; a debilitating consequence and symptom of capitalism! Debt is a condition that binds the majority of the world’s population, yet fashions itself as an individual burden.

This screening series will also be an opportunity for you to sign up for an upcoming School held at The People’s Forum on debt. Application for the course here!

REGISTER BELOW FOR THE FILMS!

Do Bigha Zamin (1953): Poor farmer Shambhu Mitro is forced to migrate to Calcutta to become a rickshaw puller in a bid to make enough money to save his land from the clutches of a rich landlord. However, like the many thousands of poor people sleeping on the streets, Shambhu’s future turns and there is little hope of him saving his land.

Life and Debt (2001): a searing documentary from director Stephanie Black that examines the ways that policies of the International Monetary Fund (I.M.F.), the World Bank, and other aid organizations have changed the Jamaican economy over the past 25 years.

Xala (1975): Senegal has finally won independence from France and the white members of the Chamber of Commerce have been thrown out. The people’s revolution of “African Socialism” begins as the black businessmen fill those empty seats, only to take enormous bribes that ensure the whites will secretly remain in power. One of these businessmen celebrates by marrying a third wife, but on the day of the wedding he finds he’s contracted the curse of Xala, rendering him impotent.

Please note that all film screenings are free and in-person at The People’s Forum and we will be requiring proof of vaccination and one form of identification at the front desk.