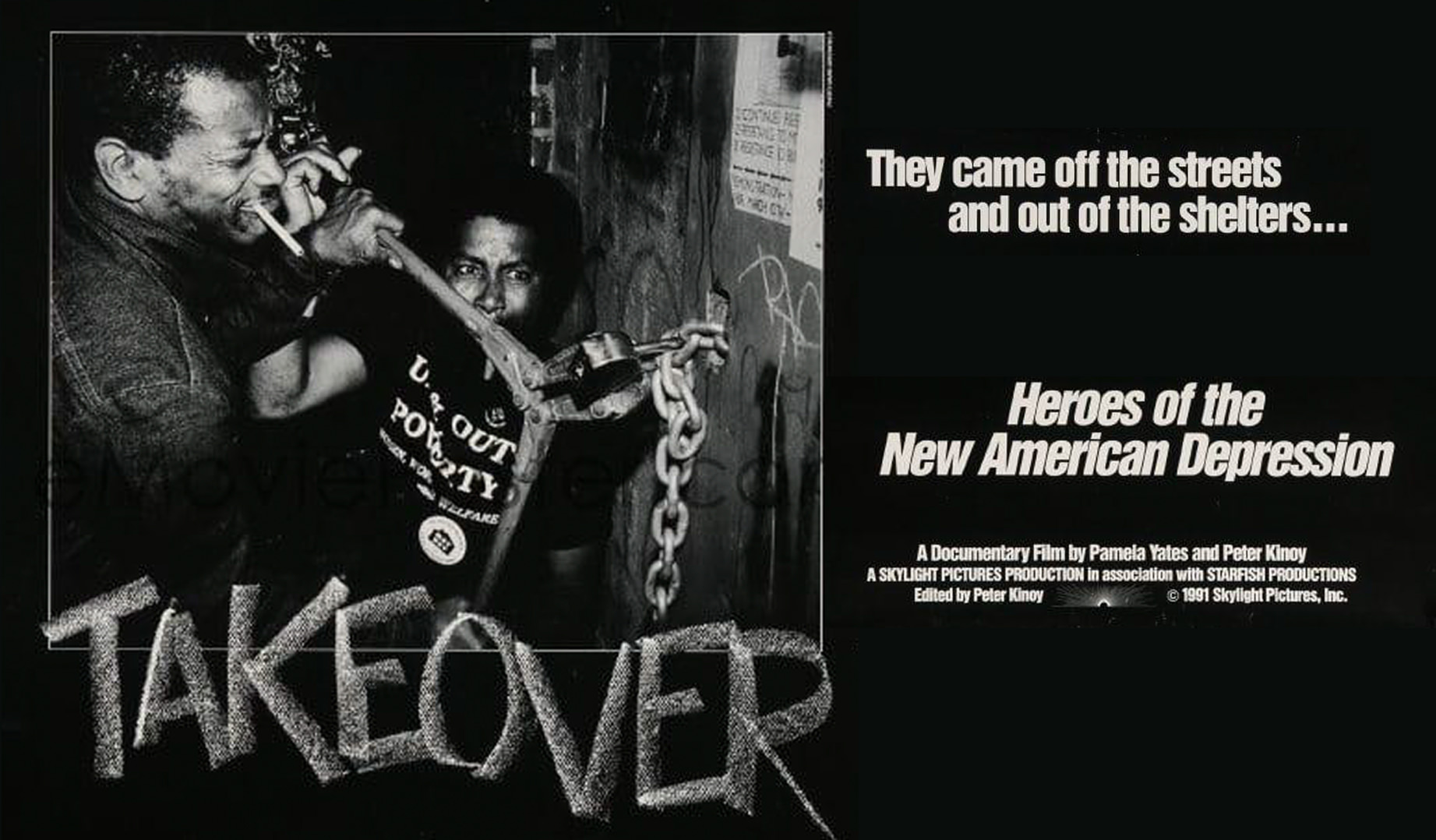 Takeover: Film Screening and Q&A with the National Union of the Homeless

On May 1st, 1990, homeless people led a simultaneous takeover of empty government (HUD) houses in cities across the United States. Skylight Pictures followed the takeovers with 12 crews in the eight cities, documenting the secret planning, the illegal occupations, and the hopeful aftermath of this bold endeavor. An official selection of the Sundance Film Festival, broadcast on PBS on the P.O.V. series. Released theatrically at The Film Forum (New York City).

Free Speech TV is commemorating the 30th Anniversary of these extraordinary events with a virtual screening and panel discussion with some of the people involved then, and organizers of today’s National Union of the Homeless.