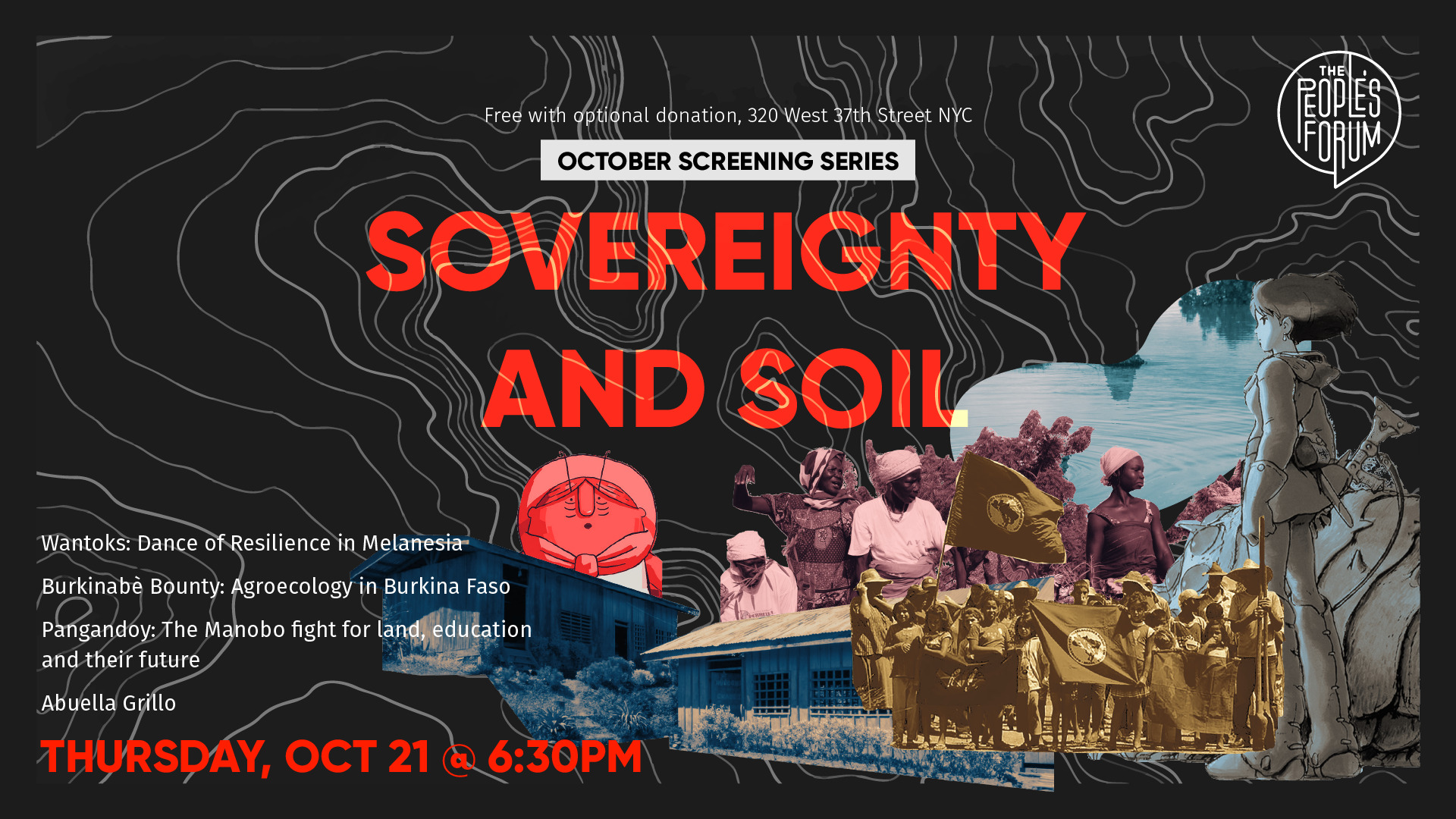 OCTOBER SCREENING SERIES: SOVEREIGNTY AND SOIL (scroll down to RSVP)

Due to capacity limitations, we are asking that folks put in a $6 deposit per seat to reserve a spot. The screenings are free but we encourage you to contribute $6 as a donation to help us continue our programming. Please note that all film screenings are in-person at The People’s Forum and we will be requiring proof of vaccination and one form of identification at the front desk.

“WANTOKS: DANCE OF RESILIENCE IN MELANESIA”

In all Melanesian countries, residents face the common challenge of climate change, as rising sea levels threaten to swallow both land and tradition. In this charged context, captivating performers are using their talents to celebrate local culture and draw international attention to their islands’ plight, with the hope of spurring international solidarity and prompting collective action against the perils of a warming world.

This documentary chronicles agricultural resistance and the fight for food sovereignty in Burkina Faso–a small, landlocked country in West Africa. Showcasing activist farmers, students, artists, and leaders in the local Slow Food movement, the film looks at how the Burkinabè people are reclaiming their land and defending their traditions against the encroachment of corporate agribusiness.

“PANGADOY: THE MANDOBO FIGHT FOR LAND, EDUCATION AND THEIR FUTURE”

The indigenous Talaingod Manobo tribe lives in the Pantaron Range, one of the last remaining untouched forests and sources of water in Mindanao. For years, they have resisted mining and logging companies who are attempting to take their land. Pangandoy (”Aspiration”) documents how the Talaingod Manobo tribe are building community-based schools as a part of their resistance against exploitation, government neglect, and landgrabbing.

Abuela Grillo is the adaptation of a myth Ayoreo (indigenous people of the Chaco Boreal). The animated version of this story becomes a fairy that has as fundamental theme the contemporary world where the struggle of peoples against the business of water is still a right to achieve.