SOLIDARITY WITH THE POLITICAL PRISONERS OF THE ANTI-RACIST STRUGGLE IN THE US! 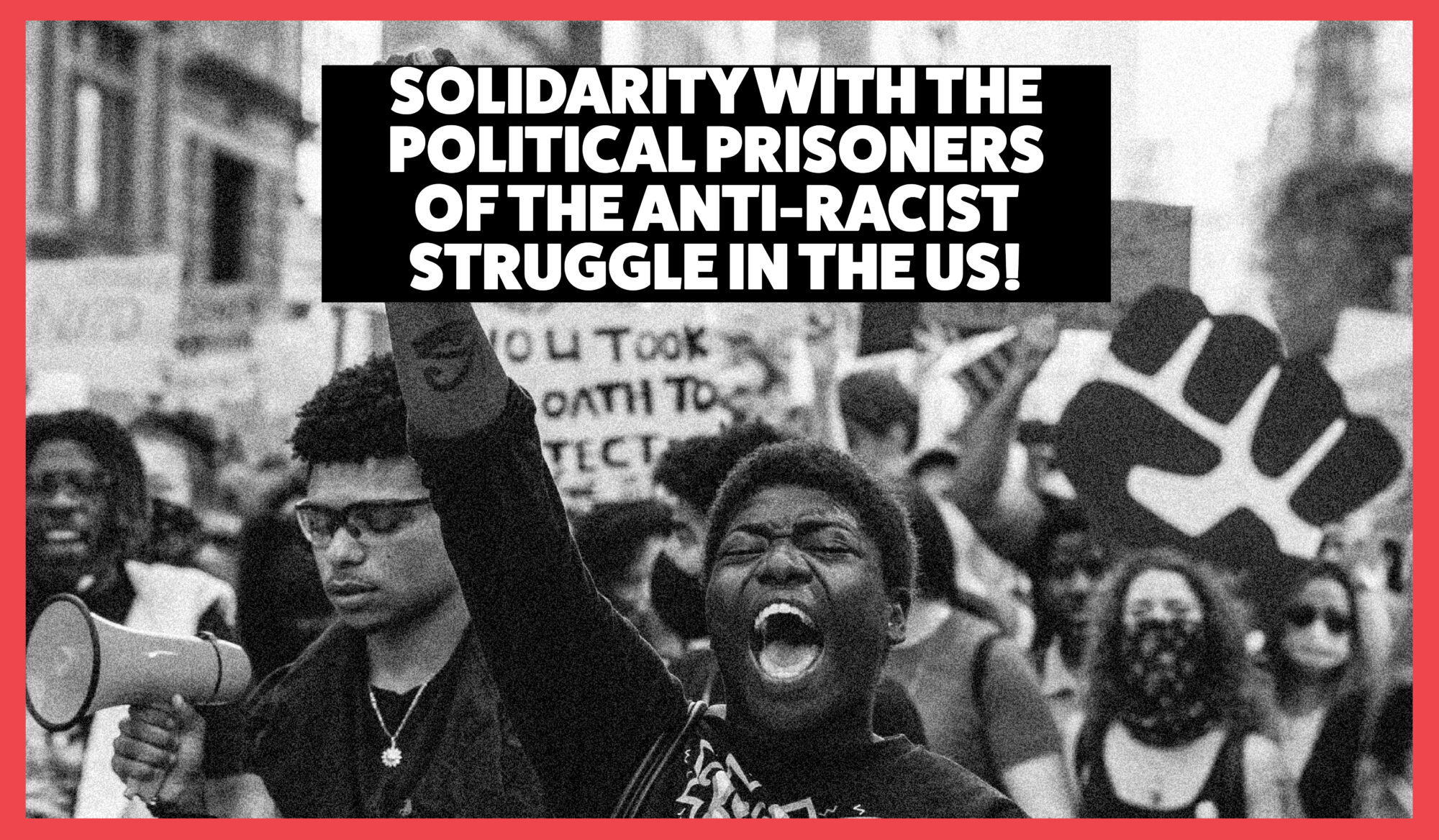 SOLIDARITY WITH THE POLITICAL PRISONERS OF THE ANTI-RACIST STRUGGLE IN THE US!
Click here to sign the petition to drop all the charges.

The movements and member organizations of the International Peoples’ Assembly make an international call for solidarity with the political prisoners of Denver, USA, arrested on September 17, for leading in the massive anti-racist protest movement that has taken to the streets demanding justice for George Floyd, Elijah McClain and other victims of racist police brutality in the United States.

In complex and repressive operation, four members of the Party for Socialism and Liberation (PSL) who have organized large Black Lives Matter protests have been arrested: Russell Ruch, Lillian House, Joel Northam and Eliza Lucero. They are still in jail, except for one person. All four face multiple felony charges and many misdemeanours (including the bizarre and ridiculous charge of “kidnapping”), which can sentence them to many years in prison.

These political prisoners have not committed crimes. They are being criminalized only for exercising their right to protest for justice and because they have worked closely with other activists and relatives of victims of police brutality to expand their cases.

Their imprisonment is a trap aimed at stopping the PSL and the anti-racist movement in Denver, which is part of a wave of nationwide repression against the Black Lives Matter movement, promoted directly from the White House, in coordination with the governors and local police chiefs and police departments across the country.

Furthermore, this is a political attack against the entire international anti-racist movement. Therefore, it is essential that we mobilize solidarity with the political prisoners of the anti-racist struggle in the United States in all regions of the world, demanding the immediate release of the people arrested and the dismissal of the multiple charges against them. Click here to sign the petition to drop all the charges.