Socialism under Economic Warfare: Cuban Strategies for a Socialist Future 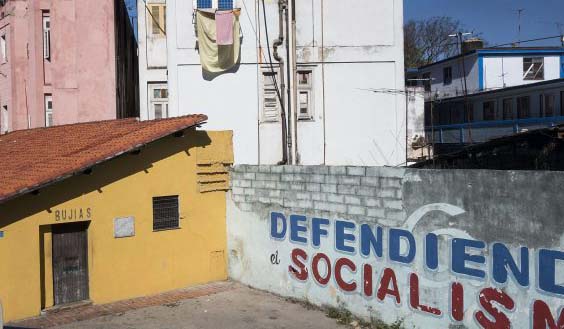 At this event Dr. Jourdy James Heredia, one of the leading economists in Cuba will speak about the current economic situation in Cuba; historical and contemporary impacts of the economic, commercial and economic warfare imposed by the government of the United States. James will also discuss advances Cuba has made in food security, understood in a comparative and contextualized lens; and ongoing challenges in the construction of Cuban socialism given perennially hostile external circumstances.

Jourdy James Heredia: Jourdy Victoria James Heredia received her PhD in Economic Sciences from the University of Havana and her PhD in Economic Sciences from the University of Santiago de Compostela in Spain. She is the subdirector and lead researcher of the Global Economy Research Center in Havana, Cuba and Associate Professor at the University of Havana. She is a member of the editorial group of Cuba’s World Economic Issues Journal and of the Foreign Policy Experts group organized by Cuba’s Higher Institute for Foreign Relations. She has won the Annual Prize of the Cuban Academy of Sciences on two occasions (1999 and 2000) and the EU-LAC Foundation Prize in 2015. She has over 30 years of experience researching issues of European integration. She is the author of numerous articles in national and international journals and also of two books (The Euro Zone Crisis: Economic Foundations and Lessons for Latin America; and Food Security in the European Union, Latin America and the Caribbean: The Cases of Cuba and Spain). She has lectured in universities throughout the world, including in Spain, Jamaica, Canada, Germany, China and Kenya.