The Struggle Against Sanctions: The case of Venezuela 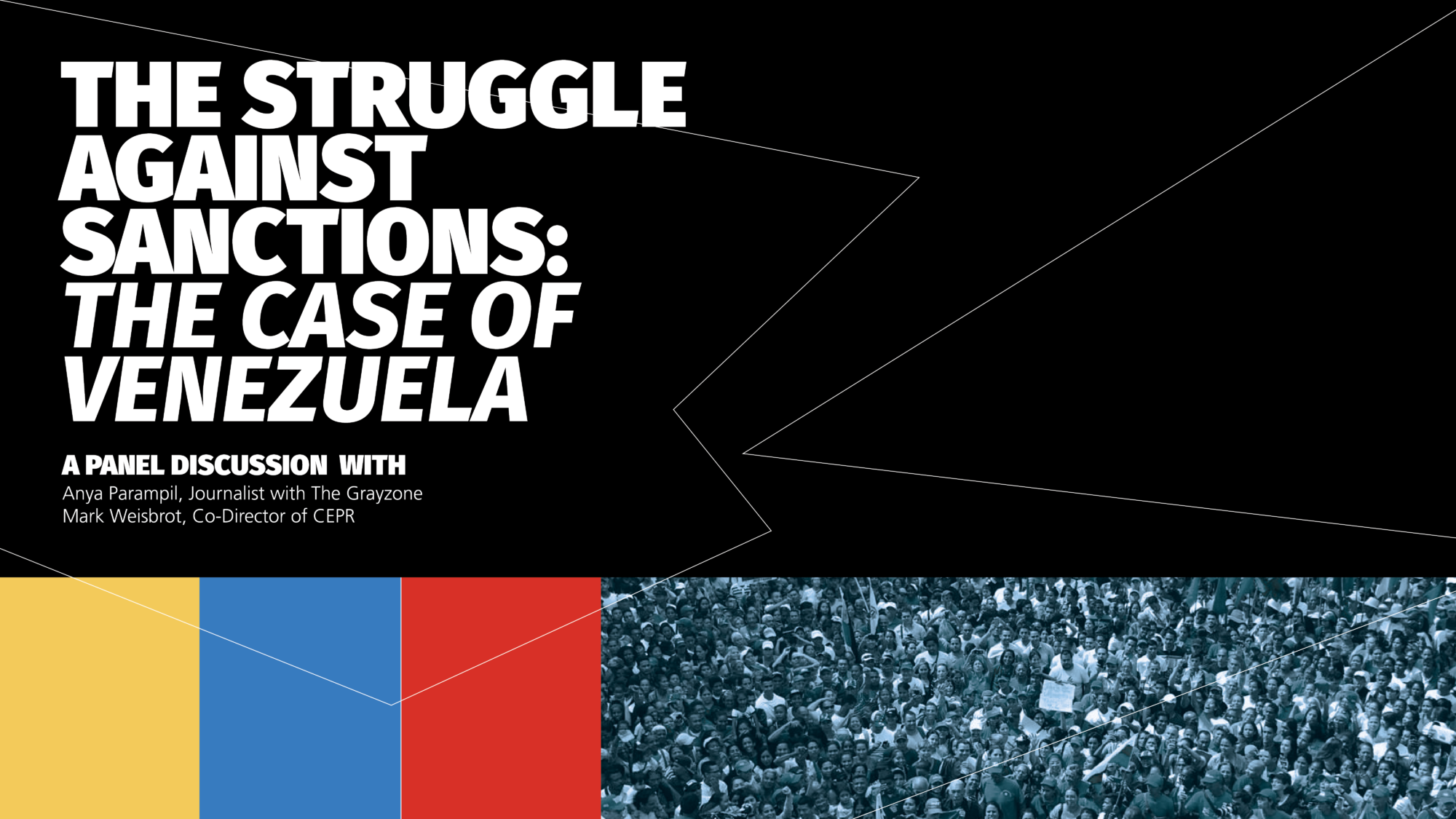 Sanctions kill, and nowhere is that more clear than in Venezuela.

Since 2017, the Trump administration has imposed 150 sanctions on Venezuela. Despite the fact that sanctions are illegal under both the United Nations and the Organization of American States, economic sanctions – which strangle the local economy and punish the civilian population- have become the preferred method used unilaterally by the United States to force political change.

The US Government claims that these sanctions do not target the civilian population, but the facts tell another story. According to a recent report by Mark Weisbrot and Jeffrey Sachs, sanctions in Venezuela have caused over 40,000 deaths from 2017 to 2018 alone.

Join us on June 25th for a panel and discussion with analysts and activists who will examine the devastating consequences of sanctions on the people of Venezuela, and share a historical, socio-political and economic analysis of the current situation in Venezuela.

Mark Weisbrot: Mark Weisbrot is Co-Director of the Center for Economic and Policy Research in Washington, D.C. He is the author of Economic Sanctions as Collective Punishment: The Case of Venezuela along with Jeffrey Sachs.  He received his Ph.D. in economics from the University of Michigan. He is the author of the book Failed: What the “Experts” Got Wrong About the Global Economy (Oxford University Press, 2015), co-author, with Dean Baker, of Social Security: The Phony Crisis (University of Chicago Press, 2000), and has written numerous research papers on economic policy.

He writes a regular column on economic and policy issues that is distributed to over 550 newspapers by the Tribune Content Agency. His opinion pieces have appeared in the New York Times, Washington Post, the Los Angeles Times, The Guardian, and almost every major U.S. newspaper, as well as in Brazil’s largest newspaper, Folha de São Paulo. He appears regularly on national and local television and radio programs. He is also president of Just Foreign Policy.

Anya Parampil: Anya Parampil is a journalist with The Grayzone. She previously hosted a daily progressive afternoon news program called In Question on RT America. She has produced and reported several documentaries, including on the ground reports from the Korean peninsula and Palestine.

For over 20 years, she has been committed to movement building and has actively participated in collective grassroots spaces, particularly in the communities of Washington Heights and The South Bronx.