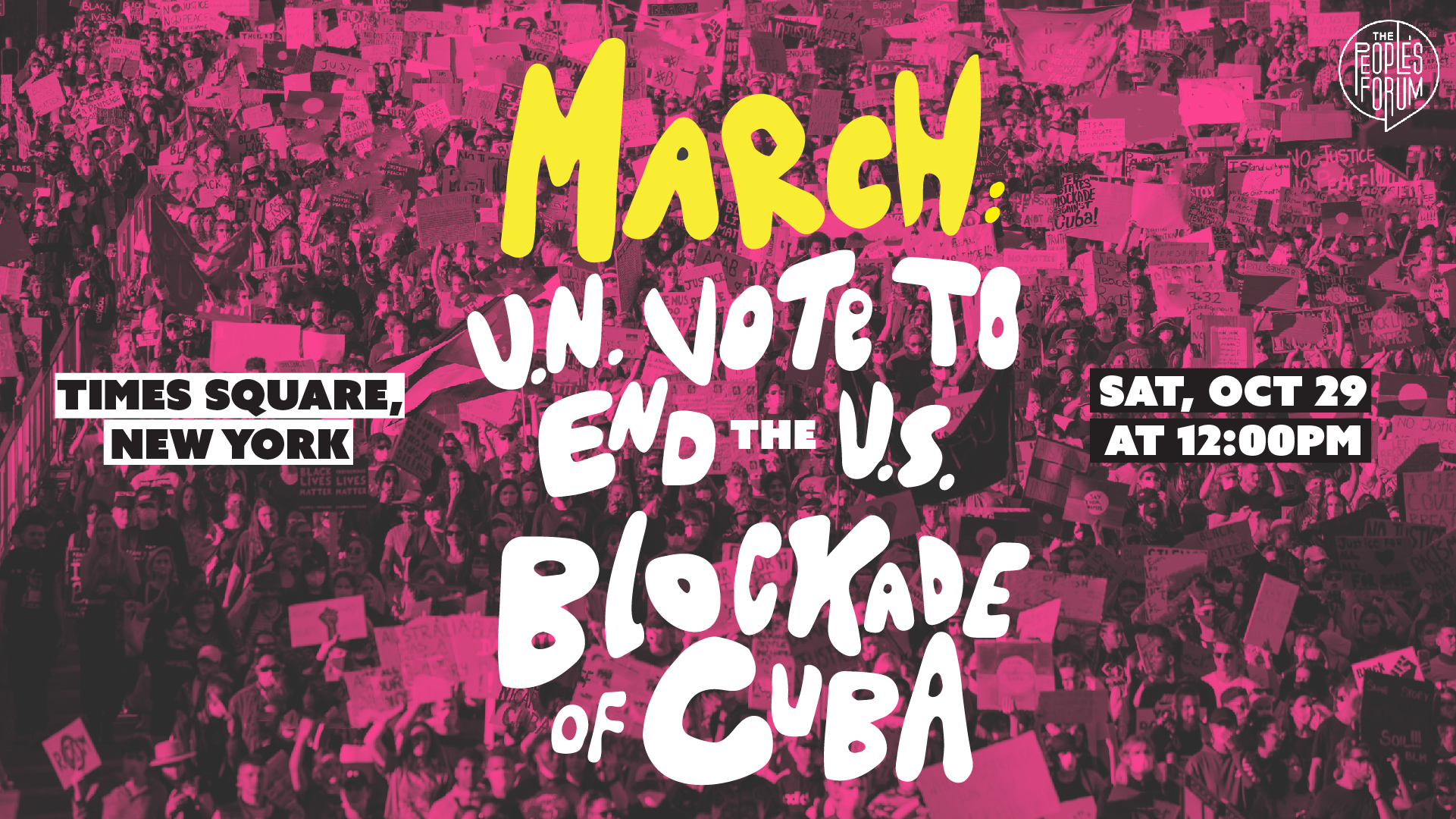 📣MARCH with us and many other organizations on October 29 in Times Square at 12pm, ahead of the UN General Assembly’s annual vote to end the blockade against Cuba.

The UN General Assembly’s annual vote demanding an end to the “the Economic, Commercial and Financial embargo imposed by the United States against Cuba” – the blockade – will take place over two days on November 2 and 3, 2022.

This will be the 30th consecutive vote in which the world community will once again overwhelmingly condemn the cruel, unjust, and illegal US blockade against Cuba! Last year, 184 voted in favor and only two no votes came from the United States and Israel.

At a critical moment when Cuba needs to recover and rebuild from hurricane Ian, we are calling an end to the sanctions against Cuba.

🥁If you want to help our neighbors in Cuba, bring your signs and see us at Times Sq on 10.29!