Power of the Healthcare Wedge: Medicare For All and Working Class Consciousness 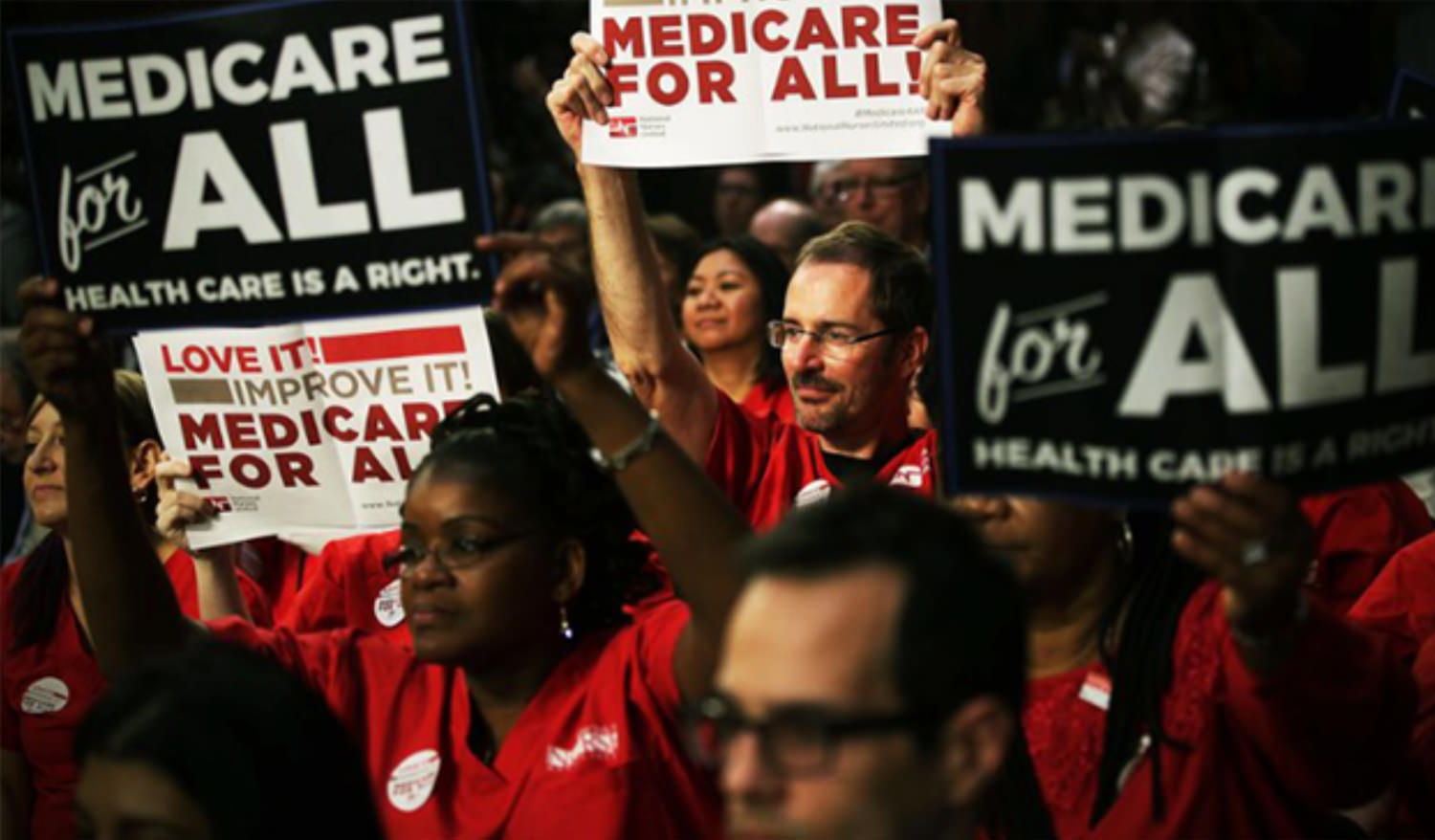 The working class of the United Sates-all those still working and all those of the class discarded, disenfranchised and deemed redundant by the capitalists-is suffering a multitude of nightmares and insecurity because the basic human right to complete healthcare is denied. Our bodies and minds have long been deemed territory to mine for profit seeking by capitalists including the health and hospital corporations, pharmaceuticals, insurance companies, financiers, and numerous other sectors.

As necessary services required by women continue to be taken away, and deaths by opioids and suicide, including children, grow larger every year, the bourgeoisie’s life expectancy extends while that of millions of working Americans declines. And now we are at a point in the US where some capitalists have laid claim to owning the DNA sequences of individuals.

Bringing together lab workers, doctors, physicians assistants, maintenance staff at hospitals, those who construct our places of treatment and recovery, mental, dental and visual health workers with the class at large and left movement organizations—all of whom have real interests in taking on this fight—could break the lock-hold American capital has ideologically, legislatively, and juridically and begin to open the way for further empowerment against the barbarous interests of these ruling neo-liberal capitalists. To accomplish this requires a national movement that can step up and unify us into a grand struggle. We of the MEP are just a small organization; it is the issue that is grand. We are committed to do our part through our programs to encourage dialogue, discussion and debate, and learning from each other and history, towards advancing the struggle for universal heath care and movement building in the US.

Following presentations by Christie, Jenny and Mark we can address some of the many questions facing our movement including:
1. What are the principal opportunities and threats facing the Medicare for All movement at this time?
2. How does our understanding of these opportunities and threats inform our work in our unions, communities and in society at large to help us realize our organizing priorities towards broadening this movement?

JENNY BROWN is a women’s liberation organizer and former editor of Labor Notes. She is co-author of the Redstockings book Women’s Liberation and National Health Care: Confronting the Myth of America. She is author of Birth Strike: The Hidden Fight over Women’s Work, forthcoming from PM Press in March. She writes, teaches, and organizes with the dues-funded feminist group National Women’s Liberation (womensliberation.org).

MARK DUDZIC has a long history in the labor movement. He has had jobs such as sanitation worker near Buffalo, NY, cannery worker in Alaska and warehouse worker and taxi driver in NYC, eventually graduating from CUNY in 1982. He became the National Organizer of the Labor Party after the death of Tony Mazzocchi in 2002. He is currently the National Coordinator for the Labor Campaign for Single Payer Healthcare.

CHRISTIE OFFENBACHER is a clinical social worker and therapist in Brooklyn. She serves on the political education committee in her branch of the NYC Democratic Socialists of America, and as a Regional Coordinator with DSA’s national Medicare for All campaign.