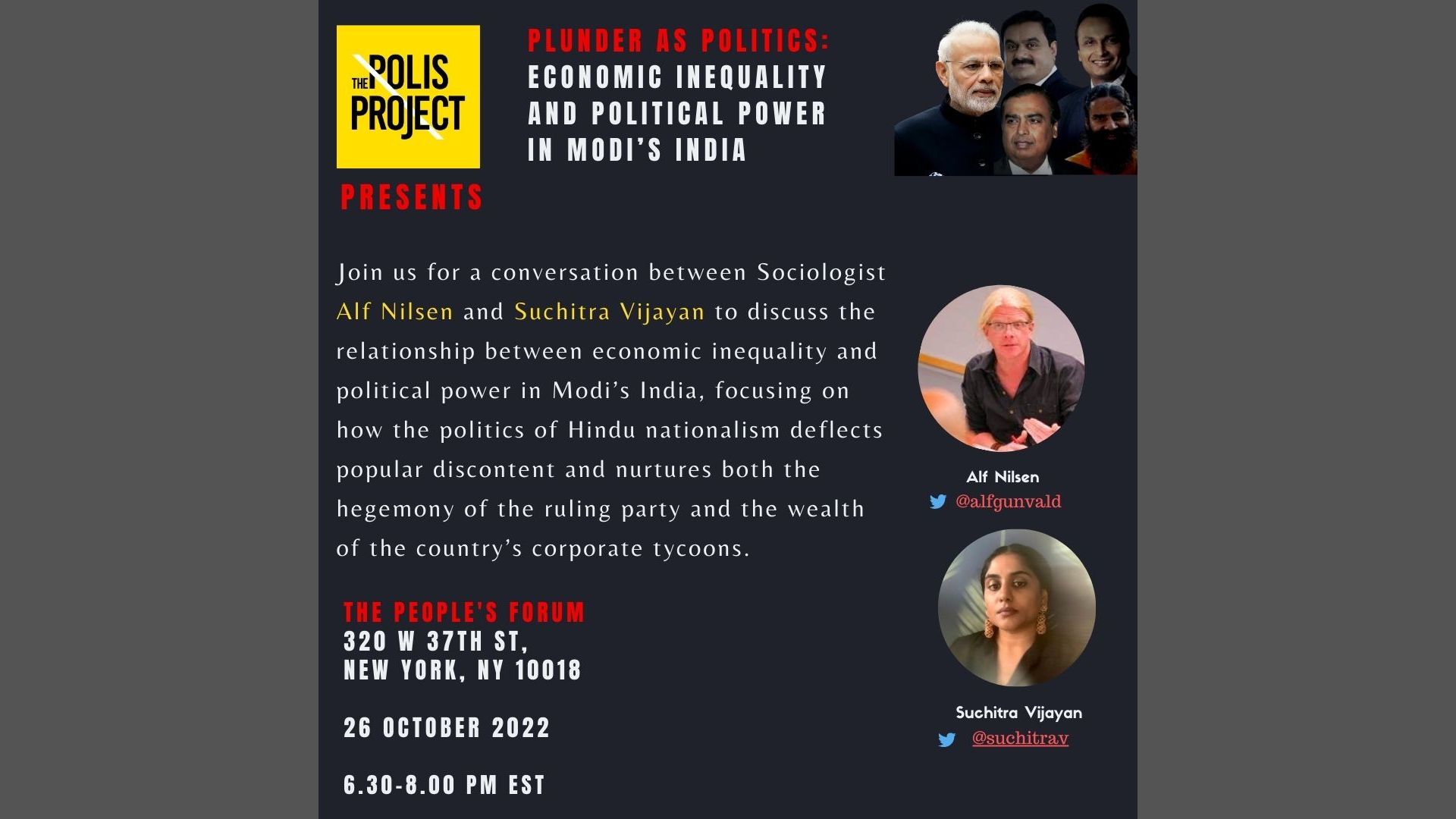 In late September, global media reported that the Indian businessman Gautam Adani had become the second richest person in the world. Pushing Jeff Bezos into third place on Bloomberg’s Billionaire Index, Adani, who is the first person from Asia to rank in the top three of the index, commands a $146.8 billion fortune. He is also first among equals in India’s billionaire club – a select elite comprising some 166 people have seen their wealth skyrocket since Narendra Modi and the right-wing Hindu nationalist Bharatiya Janata Party (BJP) took power in 2014. The rise of Adani and his peers are symptomatic of a deep polarization of wealth and income in Indian society, where the poorest 50% of the population earns a mere 13% of all national income and owns as little as 6% of all wealth in the country. Despite these perverse inequalities, Modi and the BJP appear to have a firm hold on political power and even enjoy support among poor and marginalized groups. How do we explain this conundrum? In this talk, Alf Nilsen will discuss the relationship between economic inequality and political power in Modi’s India, focusing on how the politics of Hindu nationalism deflects popular discontent and nurtures both the hegemony of the ruling party and the wealth of the country’s corporate tycoons.

Alf Nilsen is professor of sociology and director of the Centre for Asian Studies in Africa at the University of Pretoria. He is the author of Adivasis and the State: Subalternity and Citizenship in India’s Bhil Heartland (2018) and co-editor of Indian Democracy: Origins, Trajectories, Contestations (2019). His research currently focuses on the politics of authoritarian populism in India and the global South more generally.

Suchitra Vijayan was born and raised in Madras, India. Her work has appeared in The Washington Post, The Nation, GQ, The Boston Review, The Hindu, and Foreign Policy, and she has appeared on NBC news. A Barrister by training, she previously worked for the United Nations war crimes tribunals in Yugoslavia and Rwanda before co-founding the Resettlement Legal Aid Project in Cairo, which gives legal aid to Iraqi refugees. She is an award-winning photographer and the founder and executive director of the Polis Project, a hybrid research and journalism organization. She lives in New York.