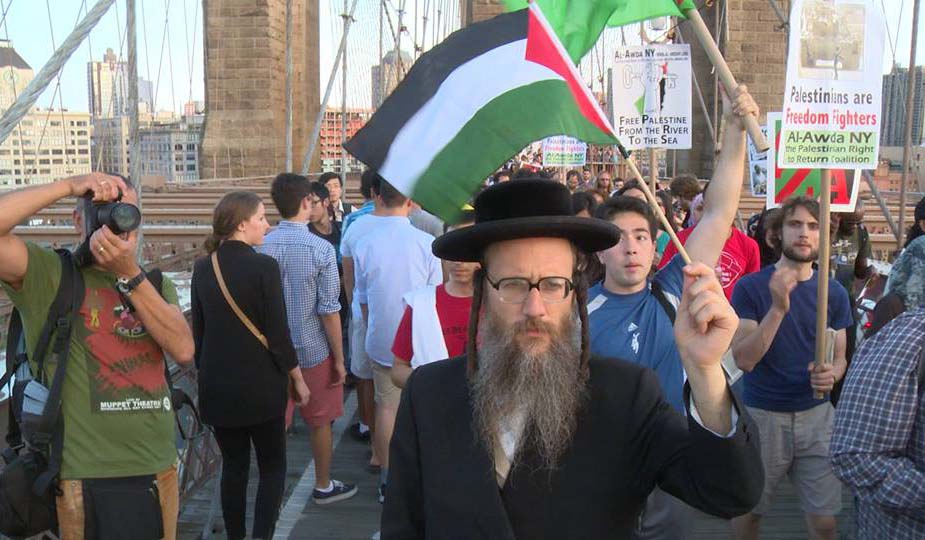 Join THE RABBIS’ INTIFADA to celebrate their documentary film-in-progress and the long history of Jewish resistance to Israeli occupation and violence. The evening features a teach-in on orthodox Jewish solidarity with Palestinians. The Rabbis’ Intifada will be screening exclusive unreleased scenes from their documentary film-in-progress about the anti-Zionist orthodox Jews of Neturei Karta, and will introduce you to some of the Neturei Karta rabbis featured in their documentary film. This event will bring you live music and cultural performances.
Featured panelists, Special guests, and performers to be announced soon.
All proceeds from the event go towards the film’s completion.
Background: THE RABBIS’ INTIFADA is a documentary film in progress about the anti-Zionist Orthodox Jews of Neturei Karta. Founded in Jerusalem 80 years ago, Neturei Karta rabbis object to Israeli violence and Jewish statehood. The film tells the story of a Jewish woman who follows some of these rabbis across the globe to find out why they support Palestinian liberation when most other rabbis won’t. www.therabbisintifada.com
Get your tickets by clicking here.