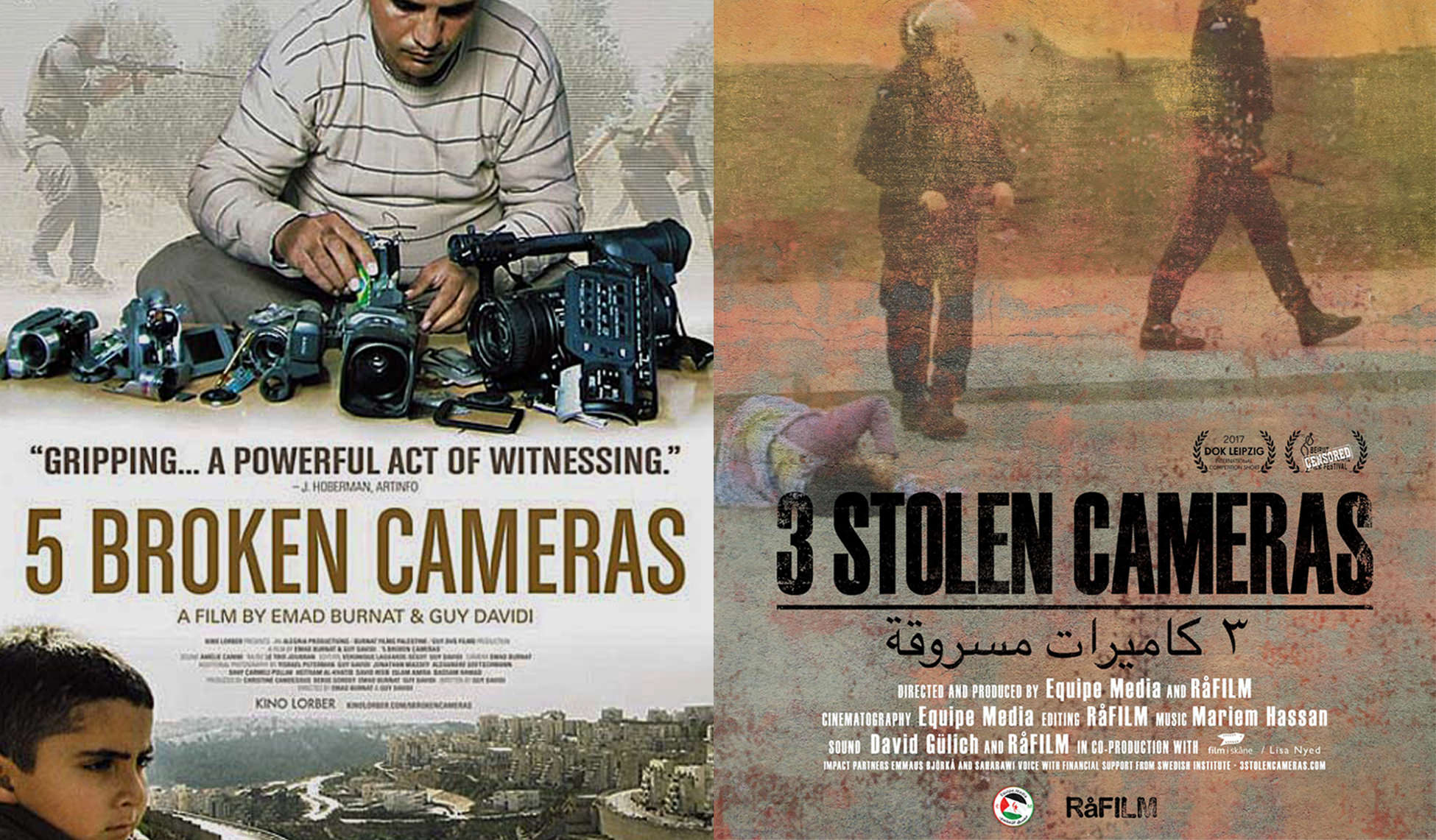 Join us for a special dual screening of 5 Broken Cameras and 3 Stolen Cameras; two films from Palestine and Western Sahara that document the violent repression of occupied peoples who struggle to break the silence of the international community through journalism and film.

Shot almost entirely by Palestinian farmer Emad Burnat, who bought his first camera in 2005 to record the birth of his youngest son, the footage was later turned into a galvanizing cinematic experience by co-directors Guy Davidi and Burnat.

Structured around the violent destruction of a succession of Burnat’s video cameras, the filmmakers’ collaboration follows one family’s evolution over five years of village turmoil. Burnat watches from behind the lens as olive trees are bulldozed, protests intensify, and lives are lost. “I feel like the camera protects me,” he says, “but it’s an illusion.”

3 Stolen Cameras (Western Sahara), follows the members of video activist group, Equipe Media, as they fight to keep their cameras. They use them to document the Moroccan kingdoms’ violations of human rights in Africa’s last colony – Western Sahara.

No journalists are allowed entry and the only images that find their way out of the territory are the ones Equipe Media manages to film in secret, hiding on roof tops and risking severe consequences. They film police and military attacks on peaceful demonstrations as well as testimonies of violence that Sahrawis are exposed to in their everyday life.

This is a story about breaking an absolute censorship with unique footage from an area where the Moroccan authorities have managed to implement a near total media blockade.  This film has faced repeated censorship since its premiere in 2017; most recently, it has been blocked for the second time from showing at the Lebanese Independent Film Festival.