Maestra: A film about the Cuban 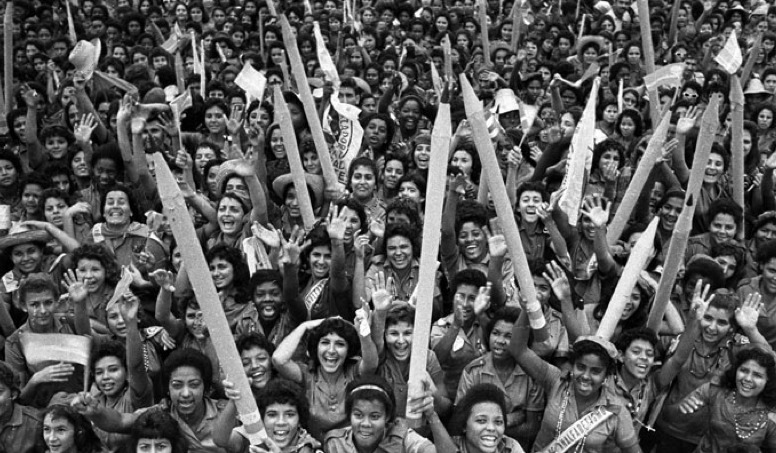 A short film of first-hand accounts of the 1961 literacy campaign in Cuba that taught nearly a million workers and peasants to read and write, gave new confidence to students and volunteer teachers alike, and help forge an alliance between toilers in the countryside and those in the cities.

Participants in the April 21-May 5 brigade will meet Cuban workers and farmers, and representatives of their mass organizations, they will learn about the history of the Cuban Revolution and its impact on the lives of working people on the island and around the world. On May 1, brigade participants will join hundreds of thousands of Cubans at the annual International Workers Day march and rally in Havana’s Plaza of the Revolution.

Brigadistas will be based at the Julio Antonio Mella camp 25 miles outside Havana and do volunteer labor at nearby farms. They’ll visit the provinces of Havana, Artemisa, Villa Clara and Sancti Spíritus, visit museums commemorating key events in Cuban history, and meet with Cuban groups in each city.

******Photo is from the “March of the Pencils,” on December 22, 1961, as hundreds of thousands in Havana celebrated victory in the literacy campaign.