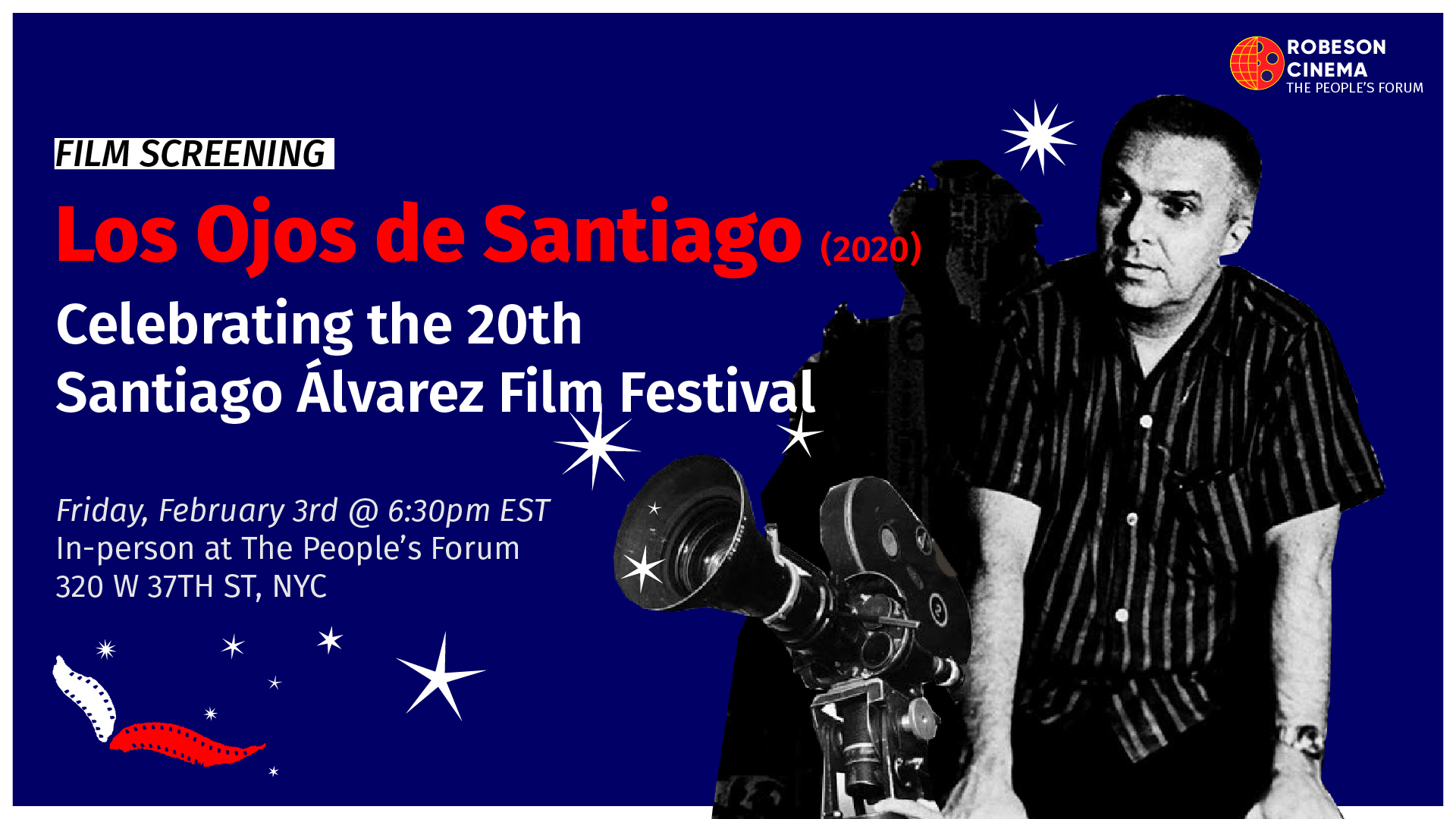 Join us in-person on Friday, February 3rd, at 6:30pm EST for a screening of Los Ojos de Santiago and presentations by US independent filmmakers! Santiago Álvarez (1919-1998) was a leading voice in Cuban documentary filmmaking – one of the founders of ICAIC, the Cuban Film Institute. He is known for the hundreds of newsreels (noticieros) that engaged the Cuban population in news, culture, and politics after the Revolution. His short film Now! (1965) layered imagery of racism in the US with a soundtrack of Lena Horne’s singing. It is considered the first music video. Join us for the New York premiere screening of Los Ojos de Santiago (2020), which retraces the filmmaking career of Álvarez, particularly his work in Vietnam and Cuba. The film will be introduced by Co-director Osaín Álvarez, Santiago Álvarez’s son.

The evening’s screening is a kick-off event of the 20th Festival Internacional de Documentales Santiago Álvarez in Memoriam, which will take place in Santiago de Cuba from March 3 – 8, 2023. This year the festival is dedicated to the Independent Documentary of the United States. Grito Productions (Cuban Roots/Bronx Stories, Detroit 48202) and The Literacy Project (Maestra, Silvio: Mi Primera Tarea) have curated a special showcase of 14 documentaries by US and Puerto Rican filmmakers that will be shown and celebrated at the festival in Santiago de Cuba.