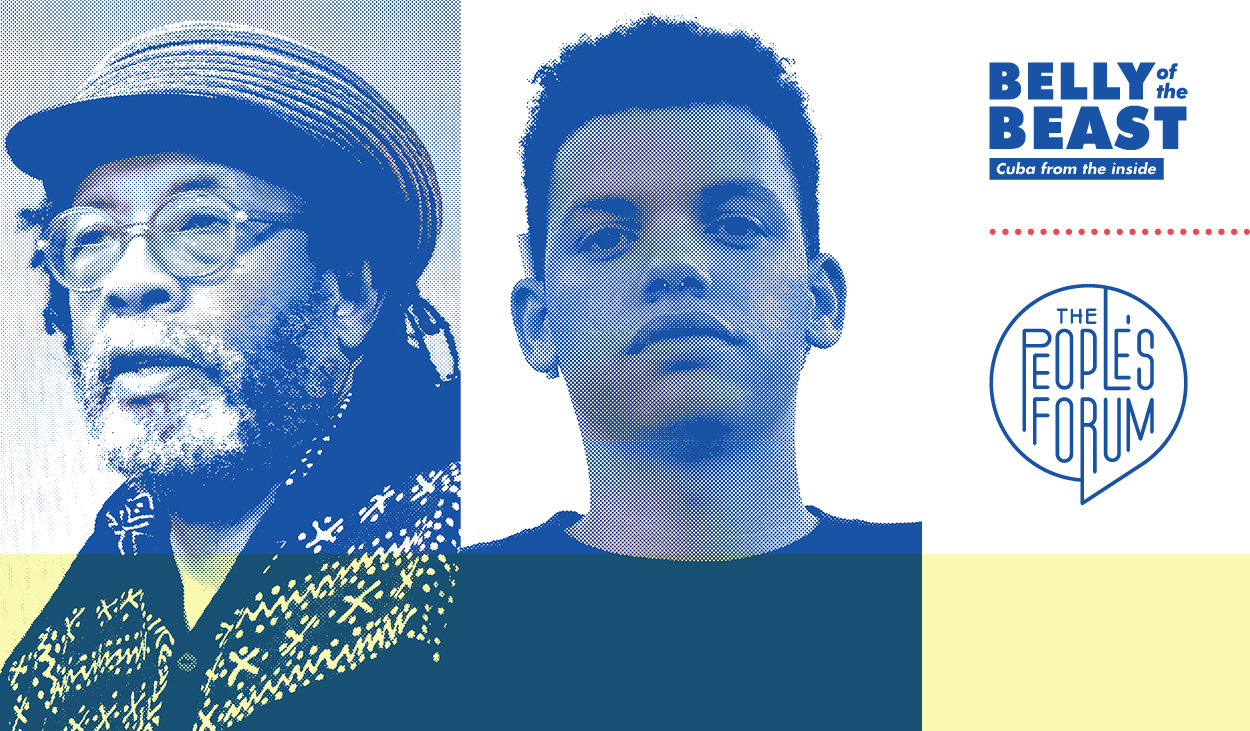 LESSONS FROM CUBA: A SERIES OF CONVERSATIONS TO RE-POLITICIZE THE CONNECTION BETWEEN CUBA AND THE US

The People’s Forum is excited to co-host the first module of the series LESSONS FROM CUBA organized by the media collective Belly of the Beast. Join us on September 4 for an exchange between Devyn Springer and James Early on the connection between the  Cuban struggle and anti-racist movement in the US, and a first look at Belly of the Beast’s upcoming documentary.
Belly of the Beast tells Cuba’s untold stories. Through hard-hitting journalism and stunning cinematography we inform and inspire, opening eyes and hearts to a country with a unique past and a wide-open future.

JAMES EARLY has spent forty five years traveling to Socialist Cuba in solidarity with the Cuban Ministry of Culture, traditional and plastic artists and intellectuals. He is the Former Director of Cultural Heritage Policy, Center for Folklife Programs and Cultural Studies, Smithsonian Institution. His applied research explores participatory museology, cultural democracy statecraft policy, capitalist and socialist discourses in cultural policy, and Afro-Latin politics, history, and cultural democracy. James Early holds a B.A. in Spanish from Morehouse College and completed graduate work (A.B.D.) in Latin American and Caribbean history, with a minor in African and African American history, at Howard University.

DEVYN SPRINGER is a community organizer, writer, cultural worker, and independent researcher who studies African and African Diaspora history and Art History. As a community organizer they have worked with various groups in Atlanta, across the U.S. South and Global South as well, including It’s Bigger Than You, Rise Up!, YES Body, and the Walter Rodney Foundation; they have conducted community political education surrounding prisons, racism, imperialism, and various related topics since 2012.  In 2018 they helped form ASERE, a diaspora group of the Red Barrial Afrodescendiente which organizes community education around Blackness, race, and racism in Cuba. They are the Digital Outreach Coordinator for the Walter Rodney Foundation, led by the family of the late revolutionary Walter Rodney, which Devyn passionately refers to as their “intellectual, activism, and radical awakening home.”

RSVP below for the link and event reminders!