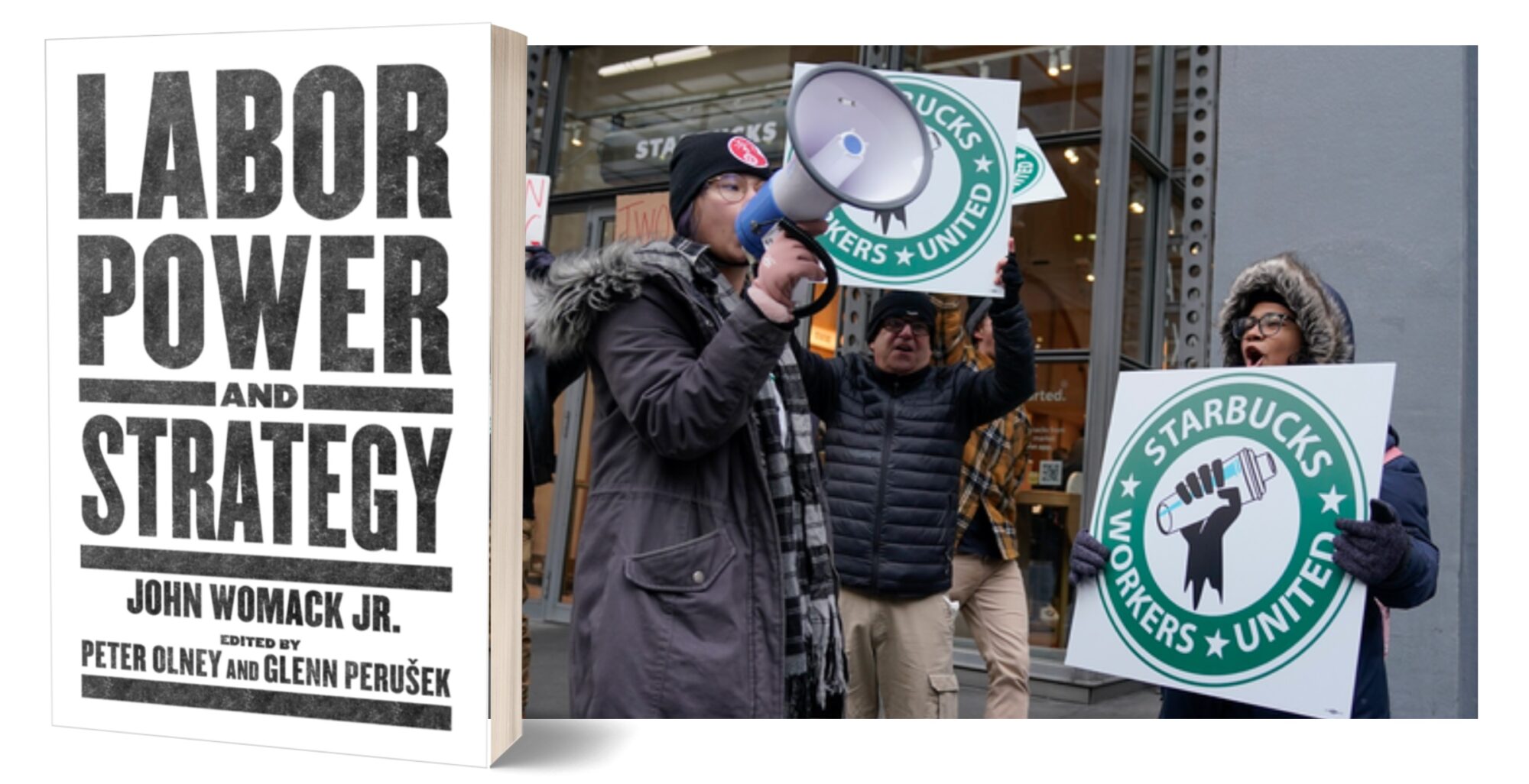 What would it take to topple Amazon? To change how health care works in America? To break up the media monopolies that have taken hold of our information and imaginations? How is it possible to organize those without hope working on the margins? In Labor Power and Strategy, legendary strategist, historian, and labor organizer John Womack, speaks directly to a new generation, providing rational, radical, experience-based perspectives that help target and run smart, strategic, effective campaigns in the working class. In this sleek, practical, pocket inspiration, Womack lays out a timely plan for identifying chokepoints and taking advantage of supply chain issues in order to seize and build labor power and solidarity. Interviewed by Peter Olney of the International Longshore and Warehouse Union—Womack’s lively, illuminating thoughts are built upon by ten young labor organizers and educators, whose responses create a rich dialogue and open a space for joyful, achievable change. With stories of triumph that will bring readers to tears this back-pocket primer is an instant classic. With contributions from Gene Bruskin, Carey Dall, Dan DiMaggio, Katy Fox-Hodess, Bill Fletcher Jr., Jane McAlevey, Jack Metzgar, Joel Ochoa, Melissa Shetler, and Rand Wilson. Join us for a conversation moderated by journalist Alex Press and featuring book contributors and editors Peter Olney, Melissa Shetler, and Gene Bruskin.

Panelists:
Peter Olney is the retired director of organizing for the International Longshore and Warehouse Union. He was associated director of the University of California’s Institute for Labor and Employment. He resides in San Francisco and teaches building trades union organizers as a member of the caulty of the Building Trades Academy at Michigan State University. He is the editor of The Stansbury Forum.

Melissa Shetler works with Climate Jobs National Resource Center and Cornell University’s Labor Leading on Climate Initiative. She is a co-founder and former executive director of Pathways to Apprenticeships, a pre-appreticeship program that assists historically marginalized communities gain access to union construction careers. She worked as a community organizer and member education facilitator with the Laborers Eastern Region Organizing Fund and became the director of organizing, and later political director, for the Metallic Lathers and
Reinforcing Ironworkers Local 36.

Gene Bruskin has been active for forty years in the labor movement as local union president, organizer, and campaign coordinator for local and national unions. From 1992 to 1994, he served as Labor Deputy for Jesse Jackson’s National Rainbow Coalition. He was secretary-treasurer for the Food and Allied and Allied Services (AFL-CIO) from 1996 to 2005. He was the UFCW campaign director for the Justice@Smithfield campaign in North Carolina, 2006-2008, and established the Strategic Campaigns Department for the American Federation of Teachers, 2009-12. He cofounded US Labor Against the War and has been active in other international labor solidarity efforts, including supporting independent union organizing.

The event will be livestreamed HERE.