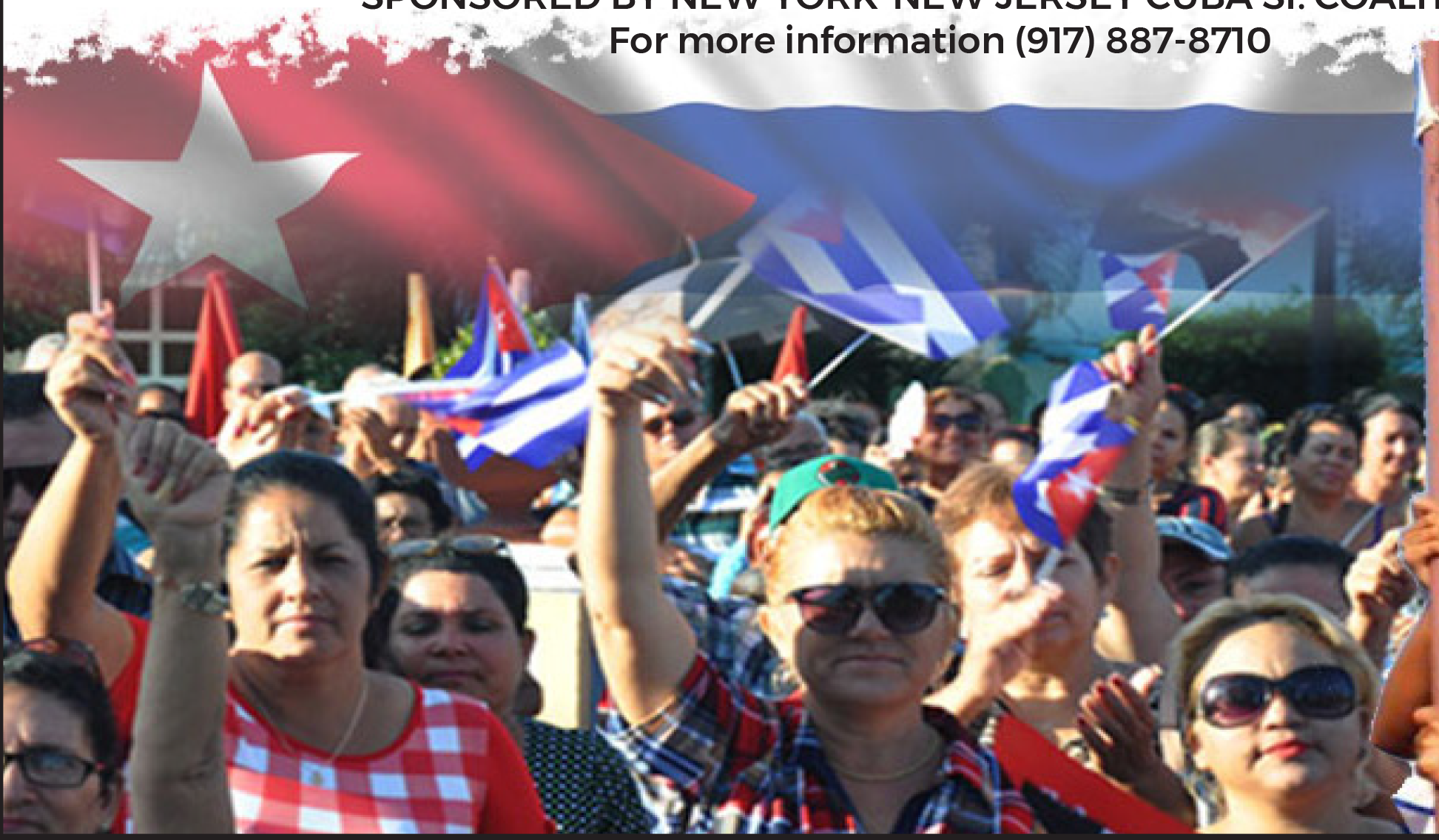 The NY-NJ Cuba Si Coalition invites you to hear:

Today the Donald Trump White House has stepped up its bellicose threats against Cuba, including US restrictions of people-to-people exchanges between Cuba and the United States. On March 16 you will have an opportunity to hear directly from Cuban leaders and genuine representatives of Cuban society. For many years, the Federation of Cuban Women (FMC) have been able to lead a delegation of Cuban women and others to participate in United Nations activities around International Women’s Month. The program will feature an exchange with the Cuban leaders on questions including: the participation of women in the Cuban Revolution today ; US Threats against Cuba and Venezuela. The participatory process leading to a large majority ratification of the new Cuban Constitution.