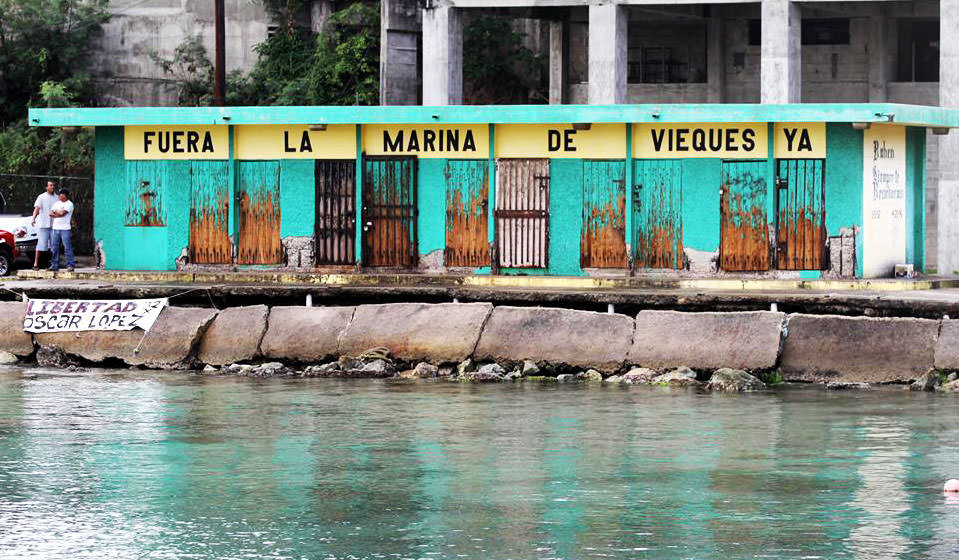 Once one of the most important military bases in the world, the island of Vieques, as well as Culebra and the area of Roosevelt Roads, were used for more than 60 years as land for a variety of military practices by the US Navy. The movement to obtain the departure of the navy or “Peace for Vieques” was undoubtedly a milestone in contemporary Puerto Rican history. However, their claims continue, as neither the total return of the lands nor the necessary decontamination has happened, and no compensation has been directed to concretize the equality and justice that the Culebrenses, Viequenses and Puerto Ricans deserve.

This special, 3-part film screening will present a series of documentaries that show the historical background of the Vieques case, so that we can understand, accompany and learn from the Vieques struggle. The films are part of the The Vieques Historical Archives (AHV), which was established in 1990 as a center for research on Vieques with a huge amount of documentation related to a wide variety of topics: archeology, architecture, literature, African slavery and the sugar industry of the nineteenth century, twentieth-century sugar mills, worker struggle of 1915, the presence and activities of the United States Navy on the island and the historic and heroic struggle against the military presence. Both the AHV and Museum of Vieques Historic Memory (MMHV) document the socio-historical processes Vieques from the perspective of people in struggle.

$10 suggested donation for each screening (no one will be turned away for lack of funds).

**All the profits obtained will be destined to Radio Vieques, a non profit organization and community radio station that works with the communities in the east of Puerto Rico, Vieques and Culebra**