Film Screening: Showdown in Seattle: 5 Days That Shook the WTO 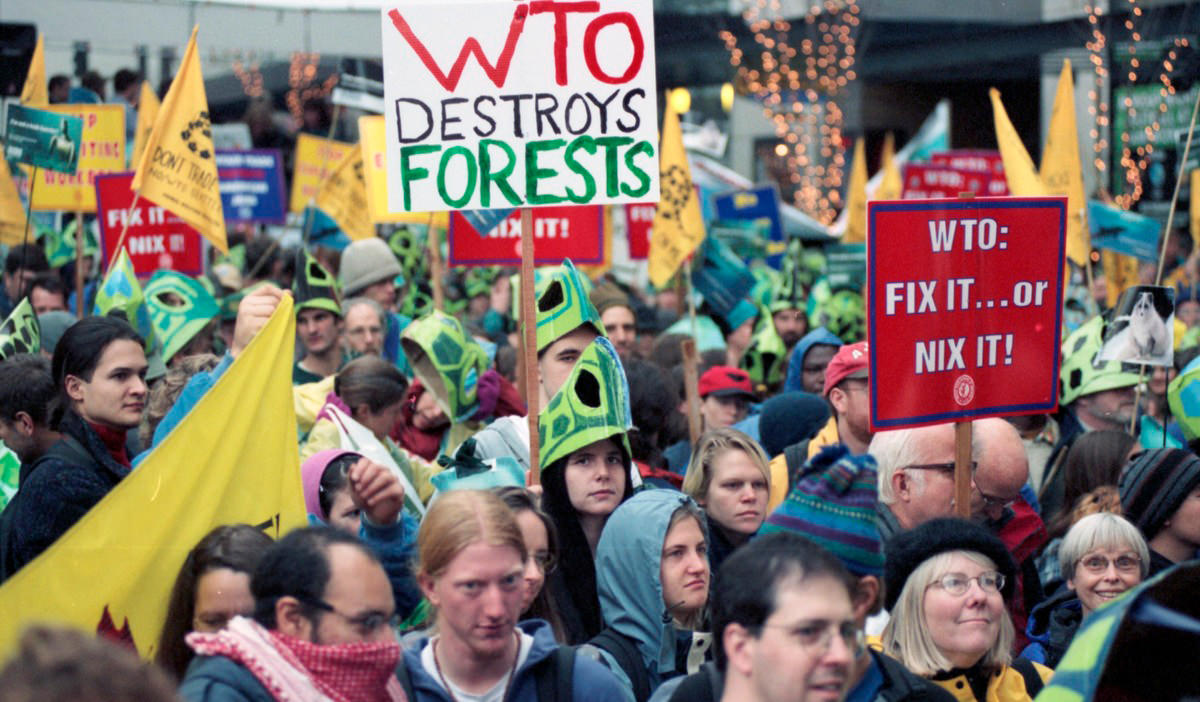 A five part series produced by Paper Tiger TV, in coalition with Changing America, Whispered Media, Big Noise, VideoActive, and the Independent Media Center. This unprecedented media collaboration makes public the voices and concerns of tens of thousands from all over the world who gathered in Seattle, Washington to protests the World Trade Organization’s Millennium meeting in December 1999. This tape contains all 5 shows that were satellite cast during the WTO’s ministerial.