Film screening: My Brothers and Sisters in the North (2016) 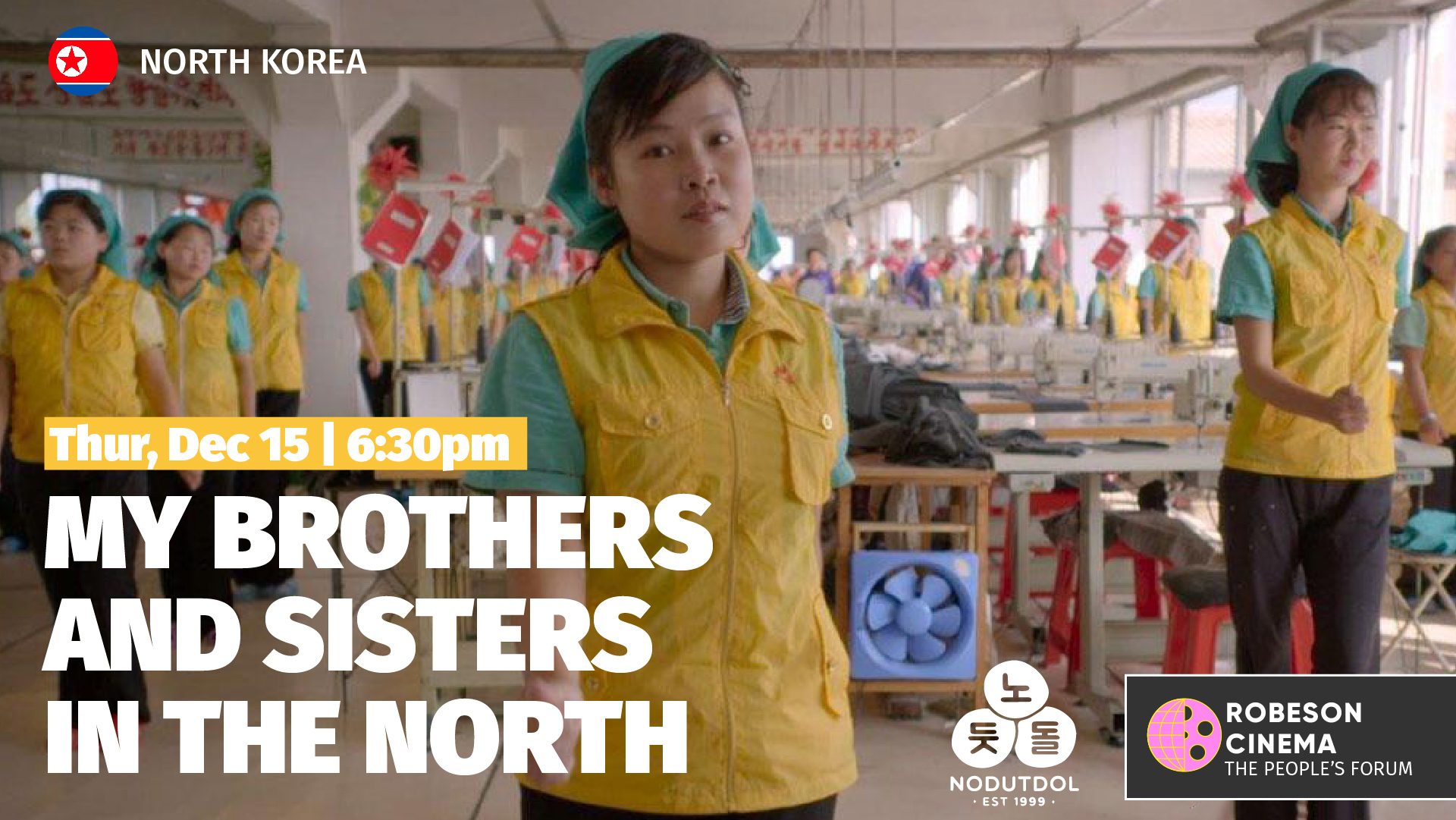 Released in 2016, documentary filmmaker Sung-Hyung Cho was the first South Korean director to receive an official permit to film in North Korea. She films and accompanies ordinary people during their everyday life and work routines, talking to them about their hopes and dreams. This documentary cuts through mainstream propaganda about North Korea and shines a light on the people and their lives that make up the country.

Join us after the film in a discussion with Nodutdol, an organization of diasporic Koreans who are fighting against imperialism and for a reunified and nationally liberated Korea.