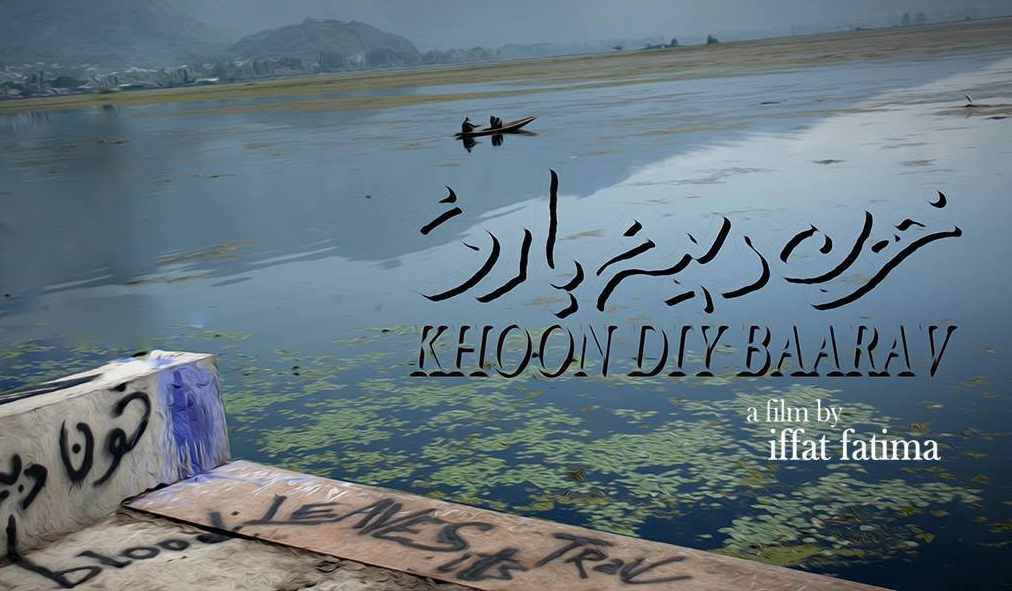 The film Khoon Diy Baarav, made over nine years by filmmaker Iffat Fatima, enters the vexed political scenario in Indian-occupied Kashmir through the lives of families of the victims of enforced disappearances. It is a non-sequential account of personal narratives and reminiscences ruptured by violence, undermined by erasure and over-ridden by official documents that challenge truth. Opening out the real and the human against the abstract and the brutal, the film seeks to confront advocates of amnesia in Kashmir as well as in other conflict zones. It questions the militaristic approach to resolve problems, by which communities and lives within it get invaded and destroyed, even as it shatters personal dreams and desires.

Join us after the screening for Q&A and discussion with Samia Shafi.

Samia Shafi is part of Stand with Kashmir, a Kashmiri diaspora-led grassroots group standing in solidarity with the people of Kashmir in ending the occupation and supporting their right to self-determination. She co-founded the Ladi Shah Project, one of the first Kashmiri oral history projects, and volunteered with the Jammu and Kashmir Association of Parents of Disappeared Persons. She is also a social worker based in New York City.