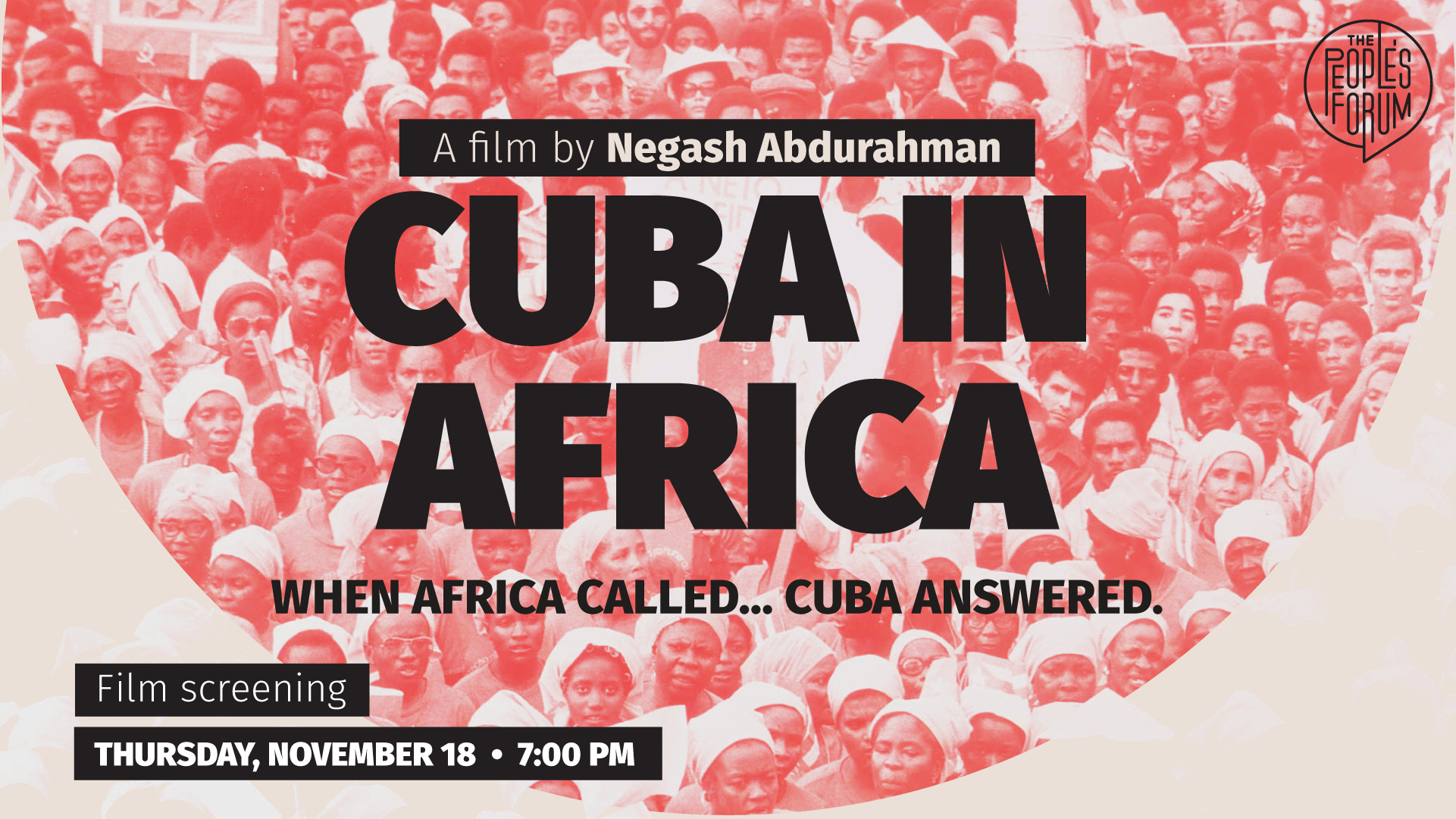 Join us on Thursday, November 18 at 7PM for a screening of Cuba in Africa, a documentary on the dramatic untold story of 420,000 Cubans– soldiers and teachers, doctors and nurses – who gave everything to end colonial rule and apartheid in Southern Africa.

ABOUT “CUBA IN AFRICA”

Abdurahman’s acclaimed, award-winning film Cuba in Africa was years in the making, overcoming many obstacles, to tell the truth (mostly untold in the US) of Cuba’s revolutionary internationalist mission from 1976-1991 that was decisive in winning the sovereignty of Angola, the independence of Namibia, and securing the unraveling and defeat of apartheid South Africa.