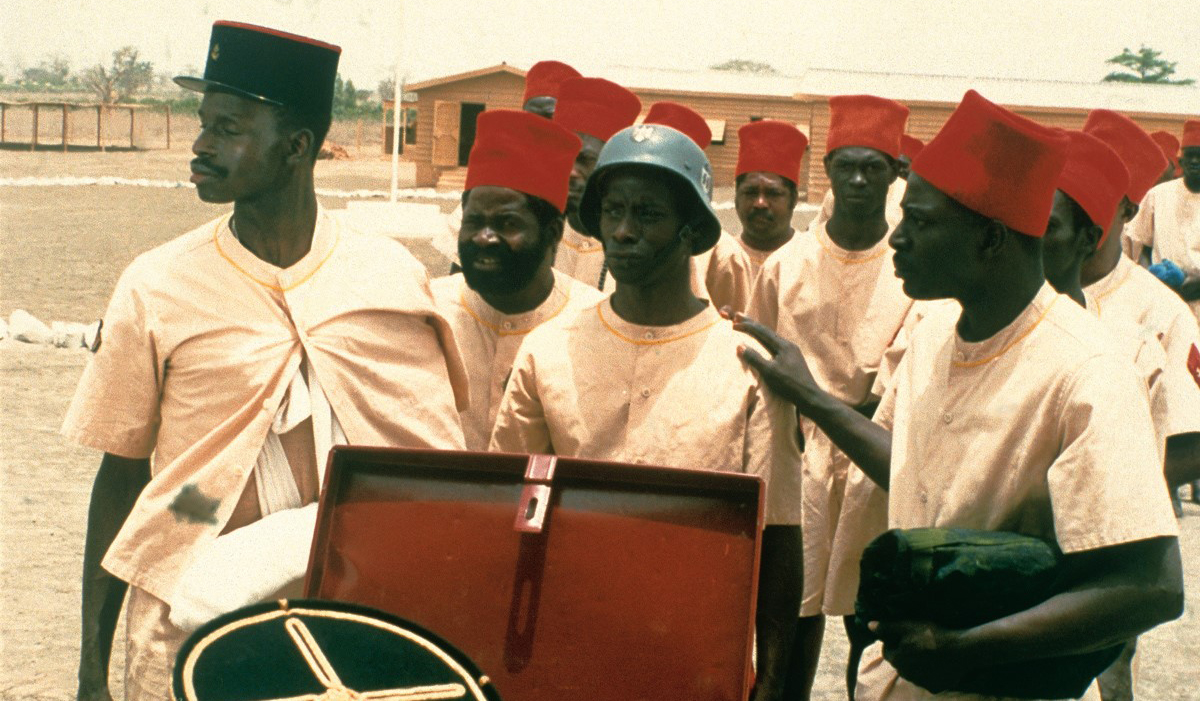 A Senegalese platoon of soldiers from the French Free Army are returned from combat in France and held for a temporary time in a military encampment with barbed wire fences and guard towers in the desert. As the Senegalese troops are about to be transferred out of the camp, they learn they will only be given half the pay for their service as the French troops are unfairly converting French francs to Senegalese francs at half the rate to save money.