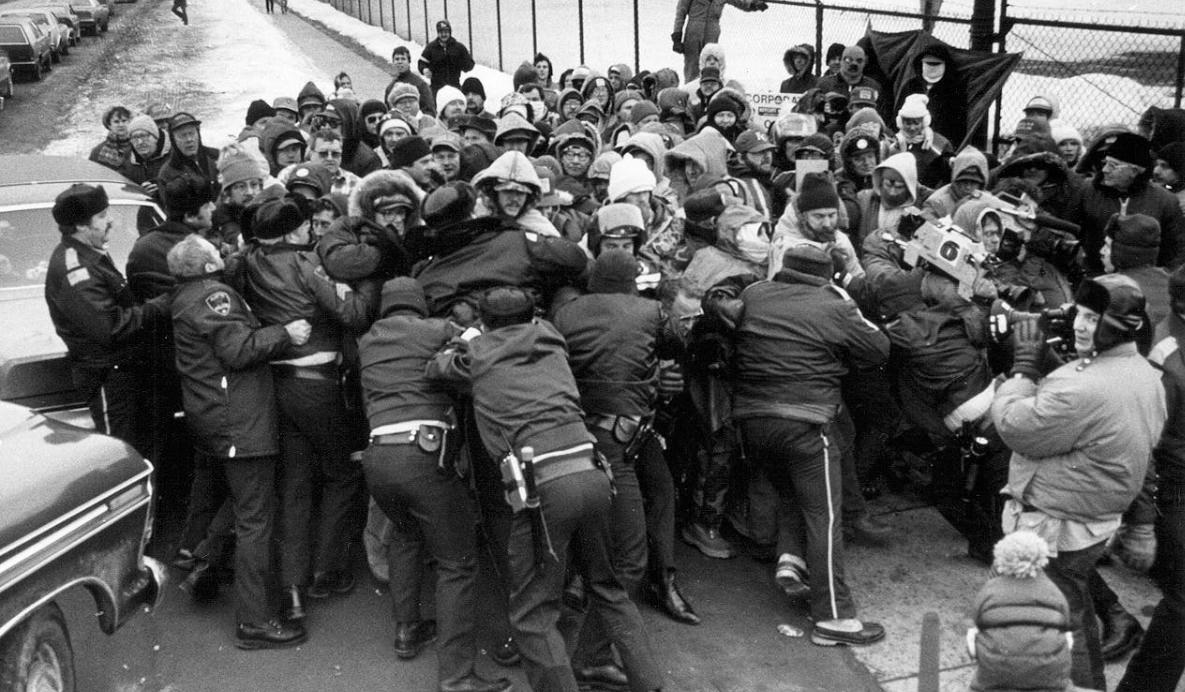 American Dream chronicles the six-month strike that followed during 1985 and 1986 at the Hormel meatpacking plant in Austin, Minnesota. The local union, P-9 of the Food and Commercial Workers, overwhelmingly rejected a contract offer with a $2/hour wage cut. Following this the meat workers strike and hire a New York consultant to manage a national media campaign against Hormel. Despite support from P-9’s rank and file, FCWU’s international disagrees with the strategy. In addition to union-company tension, there’s union-union in-fighting. Hormel holds firm; scabs, replacement workers, brothers on opposite sides, a union coup d’état, and a new contract materialize. The film asks, was it worth it, or was the strike a long-term disaster for organized labor?