Disaster Capitalism in the Democratic Republic of Congo 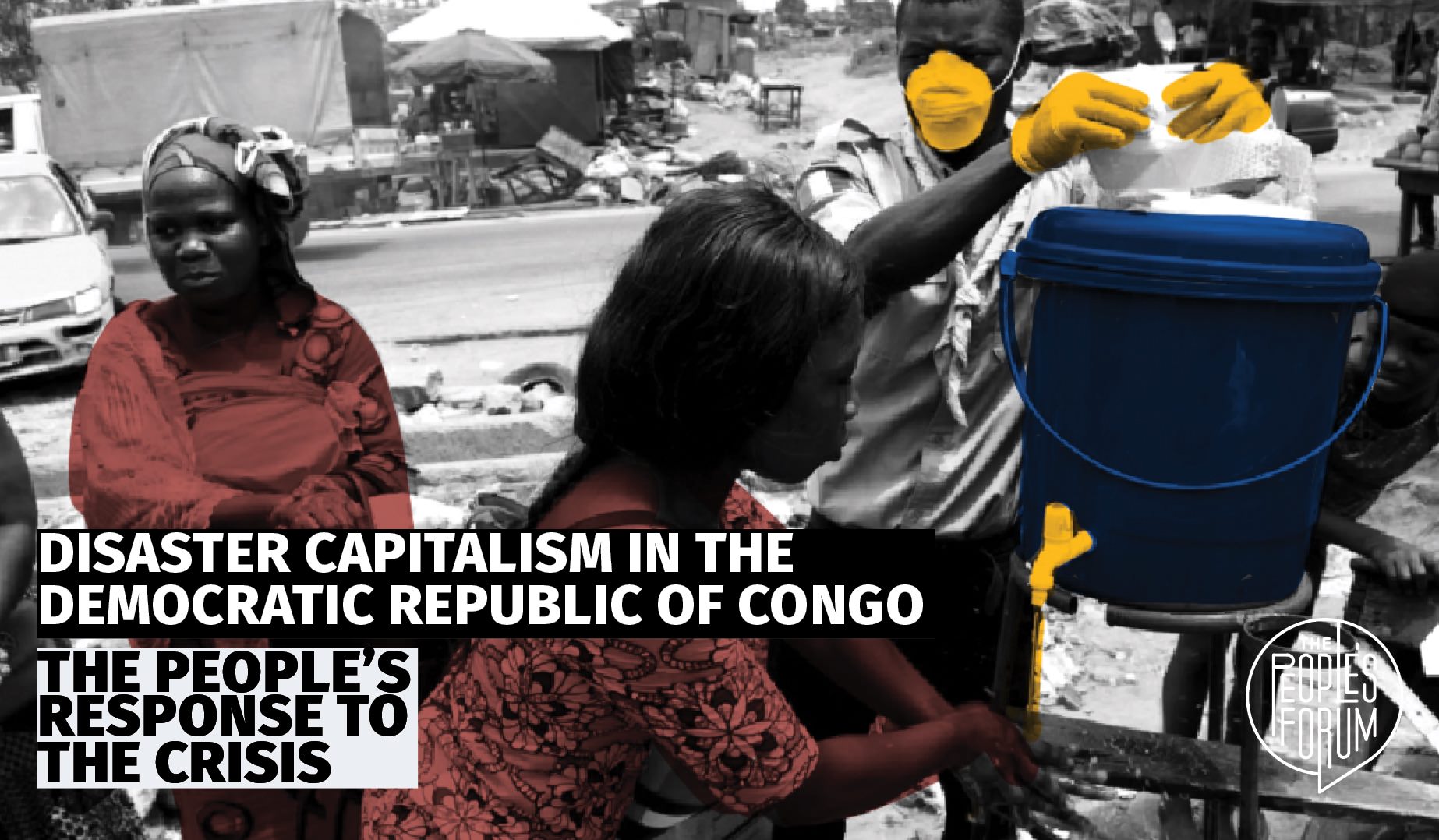 The Democratic Republic of Congo is one of the most resource-rich  countries in the world, but has endured a long history of colonialism, imperialism, capitalist exploitation, and neoliberal financial control, creating conditions in which the Congolese people are without the necessary infrastructures to provide the basic necessities of life to all.  What is the reality of COVID-19 for the people of the DRC?  We will speak with Kambale Musavuli, a native of the Democratic Republic of Congo,  a human rights activist and Pan African militant working with youth movements across the African continent. Kambale will be in discussion with Carolyn Baker from the General Baker Institute, the Popular Education Project and the Poor People’s Campaign: a National Call for Moral Revival

Kambale Musavuli, a native of the Democratic Republic of Congo, is a human rights activist and Pan African militant working with youth movements across the African continent. Mr. Musavuli’s professional activities, publications, and public engagements reflect his unflagging commitment to realizing peace and justice in the Congo. Mr. Musavuli has written for The Washington Post, Foreign Policy in Focus, The Huffington Post and numerous other academic and news publications. He has also been interviewed on National Public Radio, Democracy Now, ABC News, Al Jazeera English Television, Radio France International and a number of other radio and television programs. He has been profiled in publications such as Christianity, News and Record, and a few other newspapers around the world.

Watch on YouTube or RSVP below and join us on Zoom!