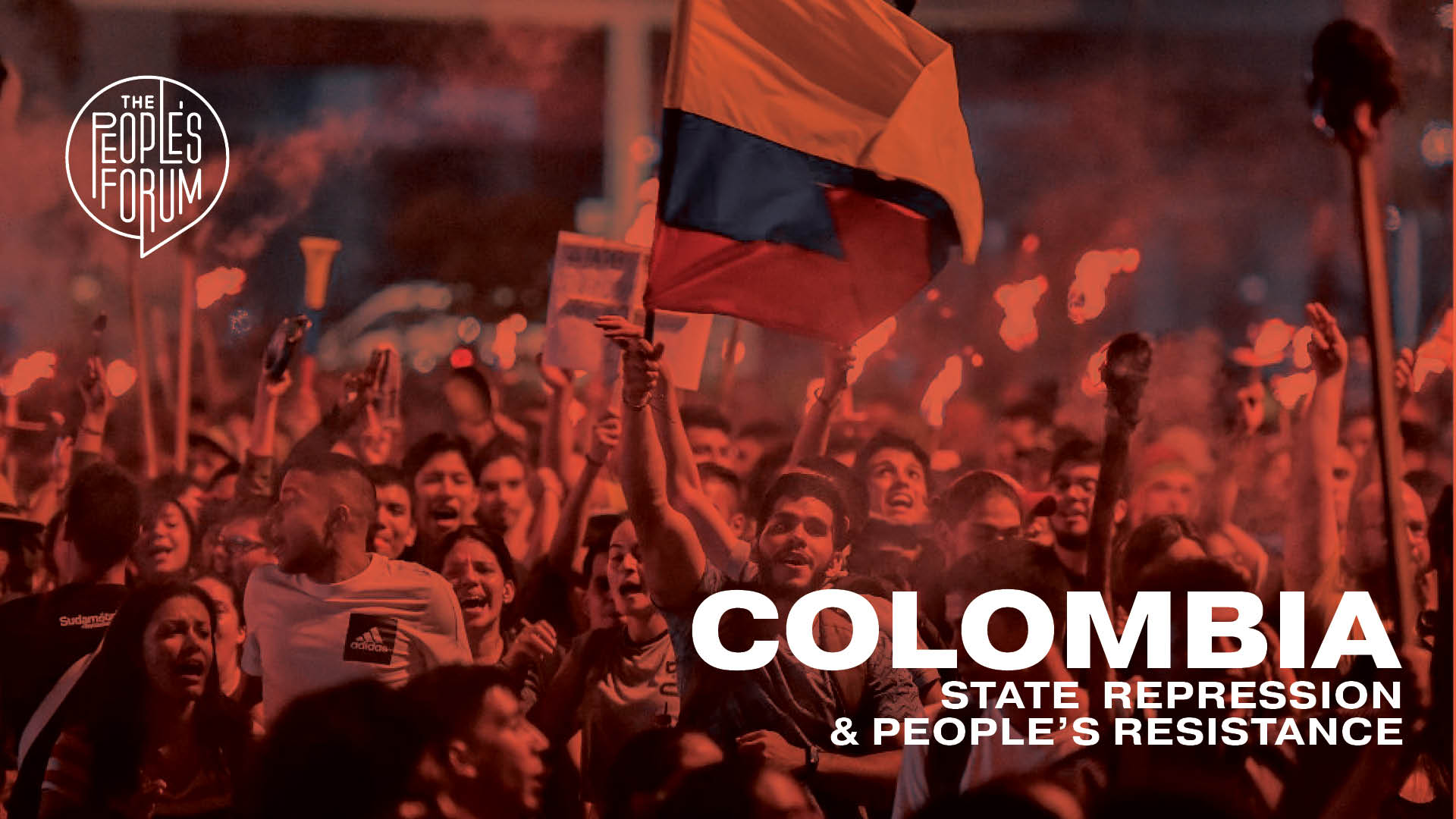 On April 28th, thousands of people in Colombia took the streets to protest President Duque’s newest reform proposal. The reforms aim to raise taxes on primary goods and public services to increase state funds by 6.3 million dollars. Consequently, the brunt of this tax reform impacts the already impoverished majority of the Colombian population —the poor and working- class communities.

It is important to understand the current situation of Colombia in the context of a larger struggle against neoliberalism and the Colombian people’s fight to achieve a dignified life free of violence.

Colombia has a long history of state violence as a tactic to annihilate social movements and popular resistance. The most recent killings of protesters and social activists at the hands of the Colombian state have caused international indignation. As attacks continue, social movements have made international calls for solidarity and denouncing human rights violations.

**** English speakers should register for interpretation on zoom. RSVP BELOW.