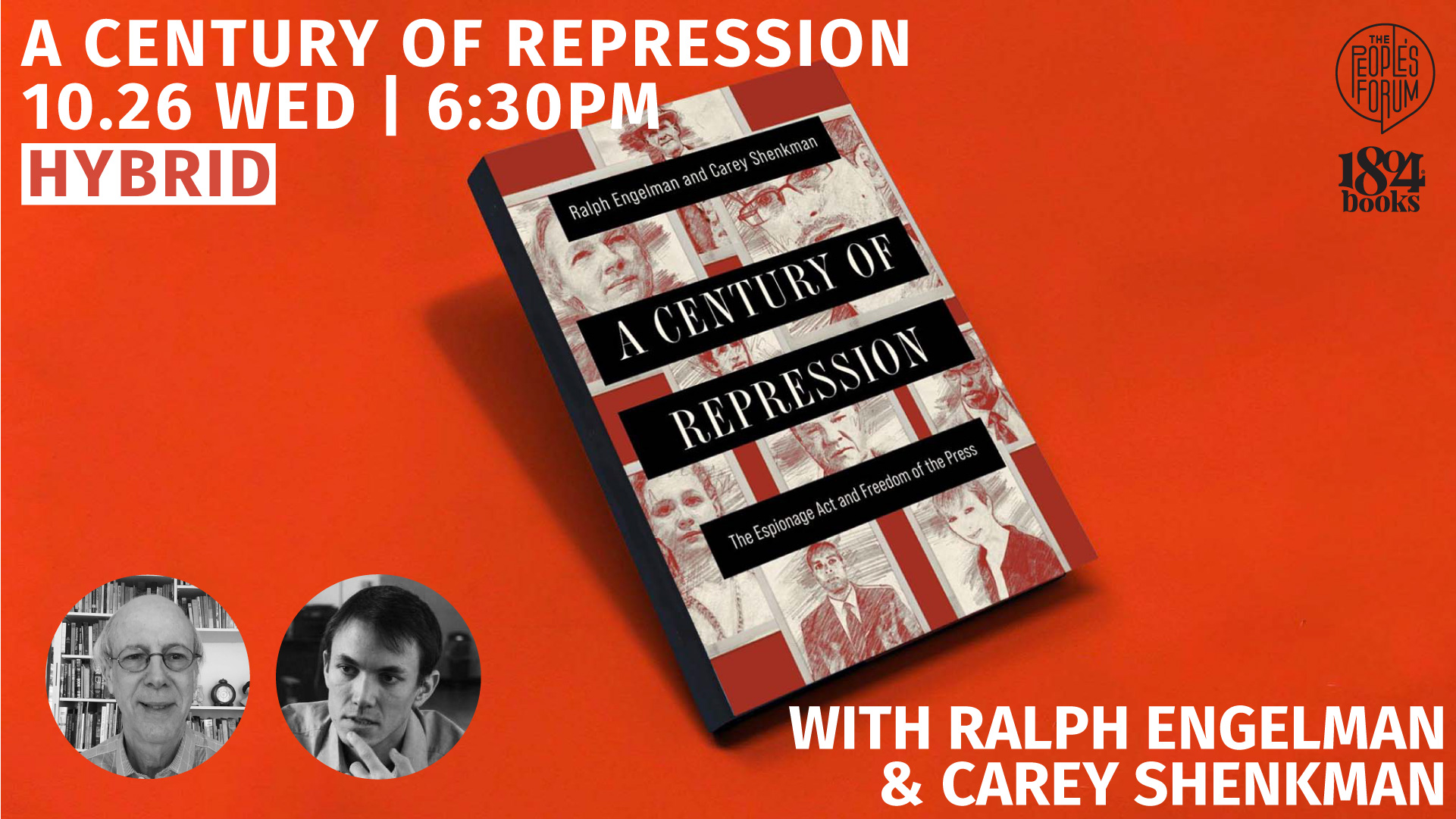 Please join us for an in-person book talk on A Century of Repression with authors Ralph Engelman and Carey Shenkman. This book offers an unprecedented and panoramic history of the use of the Espionage Act of 1917, pointing to it as the most important yet least understood law in modern American history that threatens freedom of the press. From the two World Wars, to the Cold War, to the War on Terror, the Act serves to control information about U.S. military and foreign policy, providing cover for the settling of political scores, illegal break-ins, and prosecutorial misconduct. The cases of Eugene Debs, John S. Service, Daniel Ellsberg, Chelsea Manning, Edward Snowden, and Julian Assange, among others, reveal the threat posed to whistleblowers, government critics, and journalists alike. The treatment of the Act’s trajectory also offers new perspectives on American liberalism as well as the evolution of the FBI and the civil liberties movement in the twentieth and twenty-first centuries.

This book talk will be presented in person at The People’s Forum and online on YouTube. If attending in person, please be prepared to show proof of vaccination and ID at the door.