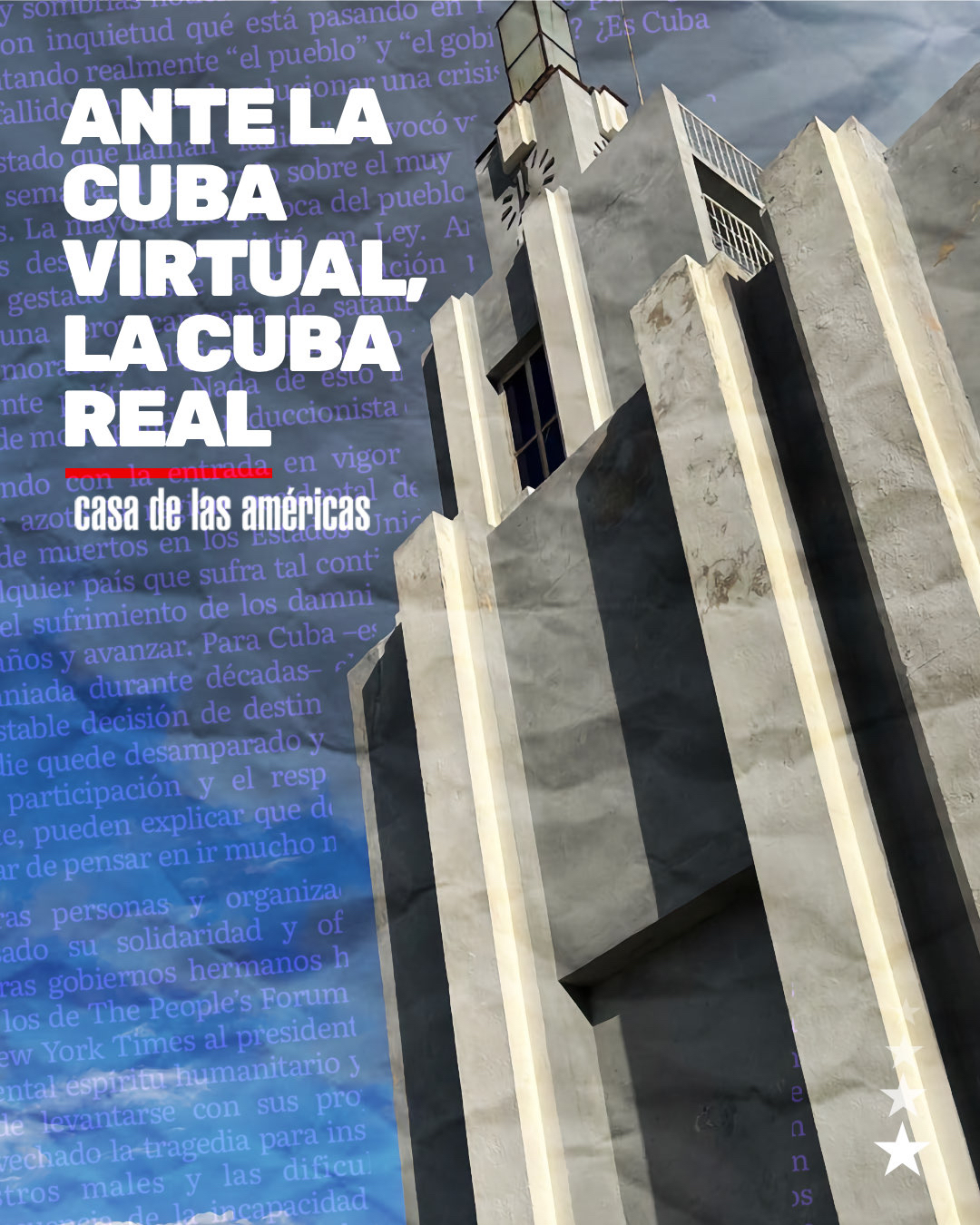 In recent days we have received many messages from friends of Casa de las Americas and of the Cuban Revolution who, faced with the persistent and gloomy news that proliferate in the press and social media, ask with concern what is happening in our country. Are “the people” and “the government” really confronting each other? Is Cuba a “failed state” incapable of solving a crisis?

Coinciding with the entry into law of the Code of Families, a devastating hurricane hit the western region of Cuba, leaving also dozens dead in the United States in its wake. It is painful and difficult for any country that suffers such a contingency to get back on its feet, alleviate the suffering of those affected, try to recover from the damage and move forward. For Cuba – economically strangled and slandered for decades – the challenge is multiplied. Only the incontestable decision to allocate the scarce resources of the country so that no one is left abandoned and the conviction that only with the participation and support of the people is it possible to move forward, can explain why we managed to overcome it again, without stopping to think about going far beyond.

While people and organizations from all over the world have expressed their solidarity and offered concrete support to Cuba, while sister governments have provided assistance and friends like those of The People’s Forum have called on President Biden from the pages of the New York Times to show signs of the most elementary humanitarian spirit and to not hinder the Island’s purpose of rising up with its own efforts, other voices have taken advantage of the tragedy to install a matrix of opinions that our ills and the difficulties are a consequence of the inability of the Cuban government to face them. They want to capitalize on the logical discomfort of citizens deprived of basic services in the hope that nature will finally achieve what so many desperate attempts to destroy the Revolution have not been able to do. Now they politicize demonstrations and spontaneous claims, move through social media with hysterical and aggressive hate speech, incite street violence, oppose the slightest relaxation of the blockade and follow the script of the “soft coup” to the letter.

In a few days, sixty years have passed since the October Crisis, perhaps the moment of greatest risk experienced by the revolutionary process, those days in which -as Che said in his farewell letter- Fidel shone like few statesmen in history . Once again, fate offers us the alternative of surrendering to adversity and threats or imposing ourselves on them with imagination and audacity. No “failed state” could dream of the second option; no worthy people would support it.

Today the Cuba so often defamed is recovering from the ravages caused by the hurricane. Instead of the repression attributed to the fabricated “virtual country”, in the “real” one, the authorities constantly visit the affected areas and talk directly with the citizens. As in all difficult situations, solidarity, the basic principle of our coexistence, comes to the fore. Let our friends know that the overwhelming majority of the people recognize themselves in their leaders, participate in the recovery of the country and defend the principle that is on the threshold of the new Constitution approved in April 2019: “Cuba is a socialist State of law and social justice, democratic, independent and sovereign”.

Casa de las Américas is an organization that was founded by Haydee Santamaria in April 1959, four months after the triumph of the Cuban Revolution, with the purpose of developing and extending the socio-cultural relations with the countries of Latin America, the Caribbean and the rest of the world. With it’s publishing house, information center, galleries, cultural and community work, it has developed into the best-known and most prestigious cultural institution in Latin America.