Political Declaration of the 2022 Cuba May Day Youth Delegation 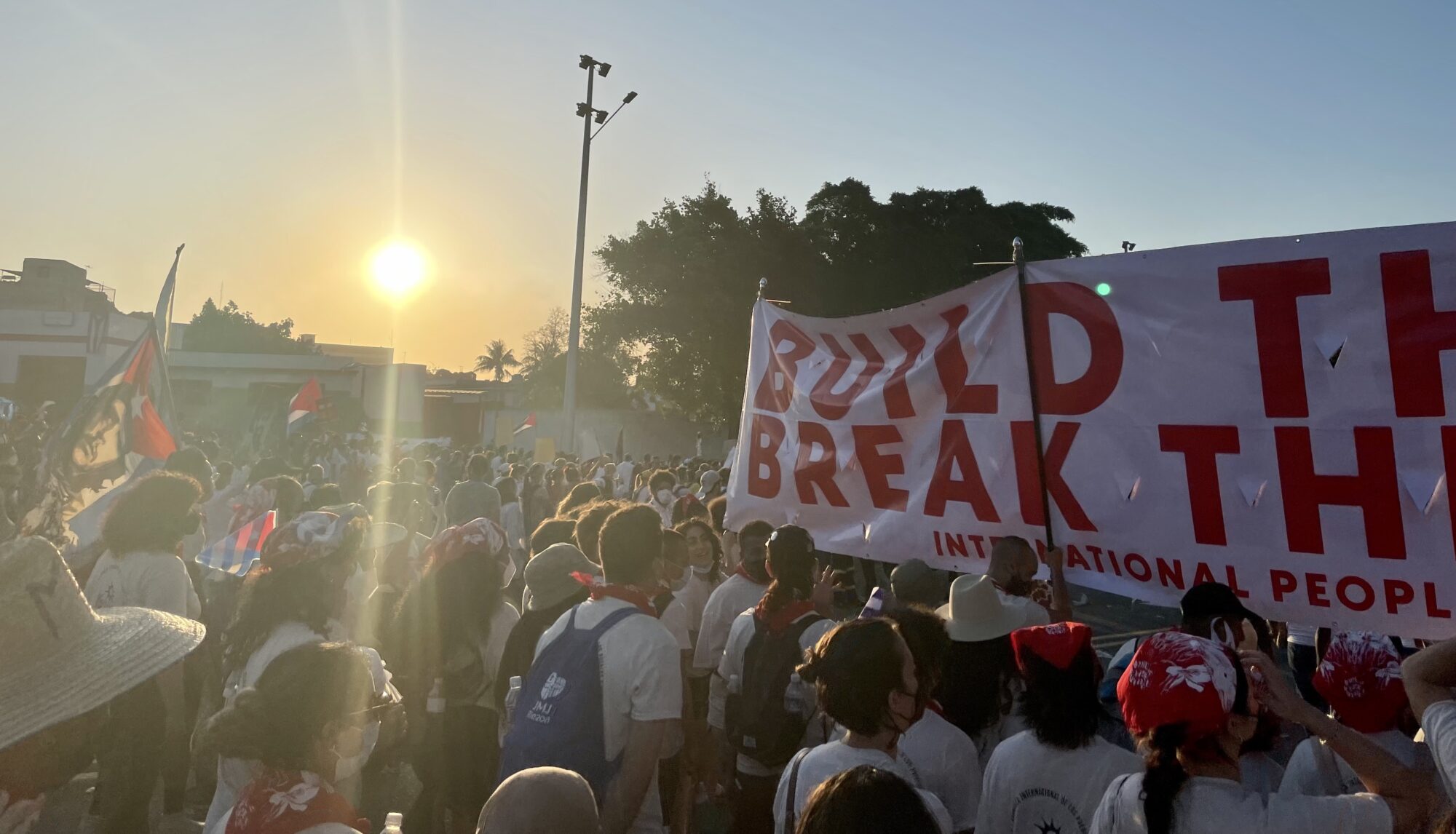 We, the young leaders and representatives of social and political organizations, student groups, labor unions, and cultural collectives in North America, assembled in La Habana, Cuba on 1 May 2022. We met with Cuban doctors, workers, students, artists, educators, LGBTQ leaders, Black activists, community organizers, labor and religious leaders, government officials, and more, in order to learn about Cuba’s current reality. Reaffirming the solidarity between the peoples of the U.S. and Cuba, this historic relationship has been pronounced by the legacies of Henry Reeve, Malcolm X, Martin Luther King Jr, and countless others. As young people living in North America, we have inherited this legacy, and choose to carry it into the future with us.

We recognize the invaluable lessons that the Cuban Revolution continues to offer the world. We have witnessed a Cuba where the social and economic structures of society have been completely transformed to meet the needs of people: healthcare is a human right, education is free and accessible, homelessness has been eradicated, culture is guaranteed, and protecting all members of society from global crises like COVID-19, and climate change is a priority.

The blockade imposed by the U.S. government intentionally strangles the Cuban people’s ability to obtain life-sustaining goods, raw materials, agricultural and technical equipment, and numerous other necessities. It also deprives people living in the U.S. of all of the medical, economic, cultural, and intellectual benefits that Cuba wants to offer us. As young leaders in North America, we strongly recommit to uncompromising solidarity with the Cuban people. In this regard:

We call for an end to the illegal, and inhumane blockade and all other forms of U.S. aggression against Cuba.

We will work to increase the visibility of the Cuban reality–its achievements and challenges–in order to combat misinformation among youth in North America.

We commit to applying the lessons from the Cuban Revolution to our context in North America in order to strengthen our movements toward a horizon that addresses the problems our people are facing with regard to climate change, housing, healthcare, education, racism, and all other manifestations of exploitation and oppression.

As we exchanged with the people of Cuba, we experienced their creative resistance, observed their ingenuity, their humanity, and their democratic participation throughout the country’s political process. We call on the people of North America, and especially young people, to learn the truth about Cuba and join us in carrying out our duty of solidarity with the Cuban people.

Build the future. Break the blockade.